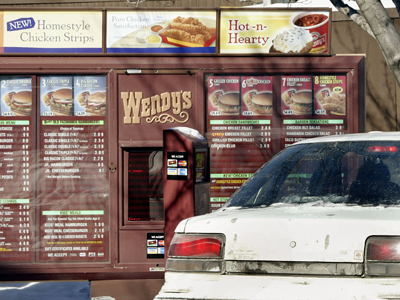 You're going to eat this right here in your car, aren't you?
Scott Olson/Getty Images

You're driving home after a long day at work. You're in no mood to cook and you stop at a drive-through to pick up some dinner. You're so hungry you don't even make it home to eat; you just pull into a parking space and devour your cheeseburger or tacos or whatever right there in the driver's seat. Afterward, you feel a bit bloated and greasy. You might even feel guilty and disgusted with yourself.

Then, there are those other occasions when you take the time to actually make a good and healthy dinner that you enjoy and savor. After those meals, you feel full -- and pretty happy.

Doesn't it seem a bit odd that food should make us happy? After all, we eat food to sustain ourselves. From the food we eat, we derive macronutrients like proteins, fats and carbohydrates that our bodies use for fuel and other essential functions. We also get vitamins and other nutrients from food that our bodies can't process but still require. Certainly, we need food, but why would some foods make us happy when we eat them?

The science of happiness has figured out why certain foods make us happy. It turns out that some foods are made of compounds that have been shown to have an effect on our mood. Even more interesting, going without certain foods can have an opposite effect, putting us at a higher risk for depression.

Find out what science has turned up in its exploration of culinary happiness on the following pages. First up, happy foods. 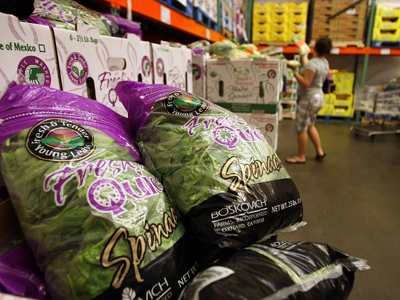 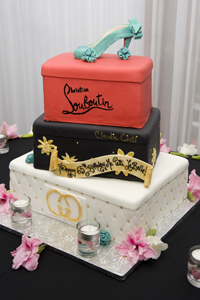 If birthday cake wasn't comfort food for Patti LaBelle before, it sure was after this one!
Gilbert Carrasquillo/Getty Images

There's a big difference between foods that contain compounds that can physically affect your brain chemistry and foods that just make us feel good. Foods in the latter group are called comfort foods. While foods that produce physical happiness affect our physiology, comfort foods provide happiness on a psychological level. When you're down in the dumps, however, you probably won't care about the distinction, as long as you feel better.

Psychological studies have turned up evidence that the comfort foods we crave are actually artifacts from our pasts [source: Galisson]. We all have memories of happier times, and by eating foods that remind us of those times, we symbolically consume that past happiness. Comfort foods can also be linked to specific people in our lives: Eating a specific food that a loved one favored can produce happy thoughts by triggering fond memories or associations of that person [source: Wansink]. This makes comfort foods fairly unique to each individual. If your childhood birthday parties represented the pinnacle of happiness for you, you'd likely crave birthday cake or some variation of the dessert when you're blue.

Although comfort foods (or the events attached to them) vary from person to person, the foods we associate with comforting or happy emotions vary by gender. A 2005 Cornell University survey of 277 men and women found that females tend to seek comfort in sweet and sugary foods like ice cream, while males prefer savory comfort foods like steak and soup [source: Smith]. The study also found that men tend to use comfort foods as a reward, while women often feel guilty after indulging.

Interestingly enough, the females' guilt may signal an evolutionary leg up over males. Regular comfort eating as a response to stress -- especially chronic stress -- is considered an unhealthy behavior akin to smoking cigarettes. Why? Because comfort foods are often low on nutrition. One 2007 study found that when given both grapes and hot buttered, salty popcorn to eat while watching a sad movie, the participants ate far more popcorn [source: Lang].

Read the next page to learn about how some foods may help you fight against depression, and how eating less can also make you happy. 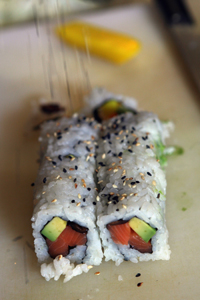