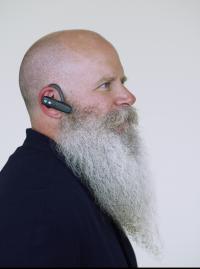 Gene therapy could help people regrow hair on their heads.

­Hair loss affects millions of Americans -- men, women and even children. It seems that there are an equal number of supposed remedies: wigs, hair pieces, topical treatments, drugs, vitamin supplements, transplant surgery, hats or simply shaving off what's left. Beyond these treatments, there is an industry of hairloss associations, support groups, counselors and more. Because hair loss has no cure and is a matter of vanity, it also attracts its fair share of scam artists. But in the eyes of many researchers, the key to finding a hair loss treatment is finding out its cause. That's why a recent study from a research group at the University of Pennsylvania has many people excited.

Scientists have long believed that hair follicles develop in the womb, and that no new follicles appear after birth. A person's head has 100,000 hair follicles, and when any of them shut down or gets severely damaged, that's it. No new follicles are going to appear, and follicles are limited in their ability to regenerate. However, re­searchers at the University of Pennsylvania, led by Dr. George Cotsarelis, have regenerated follicles in mice by manipulating a gene called Wnt. The study potentially has broad applications, both for devising new methods to regrow hair and treating a variety of skin conditions and wounds.

Wnt is involved in the healing of wounds and can be used to produce new hair follicles. The experiment showed that follicles can develop when a wound heals, and that the process can be manipulated to greatly increase the number of follicles. In the study, scientists removed small sections of skin from mice. This spurred stem cell activity in places where the skin was removed. However, when the scientists blocked the Wnt gene, follicles didn't grow. When Wnt was stimulated, the skin healed without scarring and eventually had all the same characteristics -- hair follicles, glands, appearance -- of normal skin. These new follicles also behaved normally, producing hair in the same way as other follicles.

The Penn team's study, the results of which were published in the journal "Nature," may unlock new possibilities in wound treatment and force scientists to reconsider the skin's regenerative power. Unlike some animals that can regrow their tails or limbs (a severed sea star limb, for example, can even grow into an entirely new sea star), the regenerative abilities of mammals was thought to be rather limited. But in this case, follicles and the area around them showed a tremendous ability to regenerate with ­no apparent aftereffects.

The technology used in the study has now been licensed to a company called Follica Inc. (Dr. Cotsarelis is a co-founder of Follica and a member of its scientific advisory board.) Follica hopes to use the technology to develop new treatments for hair loss and other disorders. There's a lot of money to potentially be made: treatment for "conditions of the follicle," which include hair loss as well as acne, skin and scalp conditions and excessive hair growth, is a $10 billion industry annually [Source: Puretech Ventures].

The Wnt study may lead to new and effective baldness treatments, but it's important to temper any enthusiasm. There's a still a significant gap to bridge between regenerating follicles in mice and wiping out male pattern baldness in humans, and gene therapies have generated excitement before. In January 1998, scientists at Columbia University announced they had made the first discovery of a gene partially responsible for baldness. They called the gene "hairless" because it was associated with a specific form of severe inherited baldness. The leader of the research group said at the time that their discovery may lead to new therapies for hair loss and baldness within five years [Source: Science Daily]. While those therapies haven't materialized, the study marked an important shift from looking at hormones to examining genes as the primary factor in hair loss.

No one knows how long it will take to find permanent solutions to hair loss, but these forays into gene therapy are an important step. Since that 1998 announcement, scientists have discovered more about how hair loss works, how it's inherited and how genes and stem cells can be manipulated to solve the problem­. With continued study and the Human Genome Project continually yielding new insights about our genetic code, it's likely a matter of when -- not if -- those late-night infomercials and spam e-mails promising "miracle hair-loss cures" become irrelevant.

For more information about hair loss, gene therapy and other related topics, please check out the links on the following page.

Do you have to be intelligent to be evil?
Earth's Oldest Color Was Pink
Science Determines How Long Until Eye Contact Turns Awkward