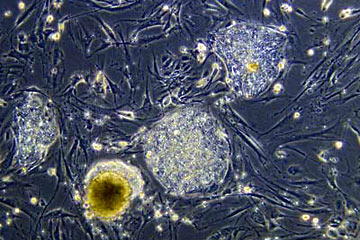 Many diseases kill cells within organs, claiming lives or impairing a person's ability to live a normal life. For example, about 5.8 million Americans have heart failure and 670,000 people are diagnosed with it each year [source: Centers for Disease Control]. In heart failure, much of the heart muscle itself dies, so the heart cannot sufficiently pump blood.

Similarly, about 23.6 million Americans have diabetes [source: NIDDK, NIH]. Five to 10 percent of these people have Type I diabetes in which the insulin-producing cells of the pancreas are dead. Finally, about 1 million Americans live with Parkinson's disease [source: Parkinson's Disease Foundation]. In this disease, cells that make the neurotransmitter dopamine, which helps control movement, die. Patients with Parkinson's disease have tremors and uncontrollable movements. But what if these dead cells could be replaced with fresh cells? Could the patients be treated and live normal lives? That's the goal of stem cell research.

In this article, we'll look at stem cells, starting with the accompanying picture above. In the photo, the embryonic stem cell colonies are the rounded, dense masses of cells. The flat elongated cells are fibroblasts used as "feeder cells."  We'll also find out how stem cells work, discover their potential to treat disease and get inside the ongoing debate surrounding their research and use. But first, let's cover some basics.