Coping With a Child Who Has a Hereditary Illness 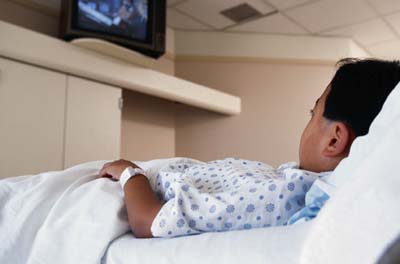 Coping with a child who has a hereditary illness can hard on the entire family.
Publications International, Ltd.

Until two centuries ago, the death of a baby was an accepted, although tragic, risk of childbirth. Infectious diseases claimed many young lives. In mid-seventeenth century Europe, only one in four children survived to celebrate his fifth birthday. As recently as the late nineteenth century in the United States, one in five children died before the age of one year. Largely due to improved hygiene, immunizations, and antibiotics, babies in developed nations now die infrequently.

Although infant death is an uncommon occurrence, families sometimes have to cope with babies who have serious, chronic, and even fatal illnesses. Parents may walk an emotional tightrope between hope and despair for the long months that their child is ill.

Upon facing the diagnosis of serious illness in their infant or child, parents may at first feel nothing except shock and disbelief. Grief follows as a response to any loss. This loss may be the dissipation of their dreams of a healthy child. If the disease is expected to be fatal, parents may mourn in anticipation of the child's death. Despair, fear, anger, remorse, and loneliness are all emotions of the normal grieving reaction.

Guilt is another emotion many parents feel when they learn their infant is gravely ill. Parents can torment themselves or each other with feelings of responsibility for the illness. If the baby has a hereditary disease, feelings of self-blame may be especially overwhelming.

Self-reproach can be destructive. Negative feelings about oneself make it difficult for a parent to nurture the sick baby and the other members of the family. Guilt-ridden parents may either lavish excessive attention on the baby or turn away from her. Both responses amplify an older infant's or toddler's sense that something is wrong with her.

Parents may suffer further if communication between husband and wife is impaired. Their coping styles may be incompatible. Resentments may arise if one parent quits working to undertake the care of the sick child.

Sadly, having a child with a chronic or fatal disease can add enormous stress to a marriage. While it is safe to say that no marriage is the same after a child is diagnosed with a serious illness, families that recognize this stress are better equipped to cope. Marriage or family counseling is a vital part of coping with the stress, and your child's doctor or nurses can refer you to a therapist.

Parents often wonder whether their other children are too young to be told about the fatal illness or death of their sibling. Most psychologists feel it is crucial that the other children be told the truth in a straightforward manner that they can understand. Children who are not informed will still know something is frightfully wrong and may invent their own fantastic explanations.

A child's ability to comprehend death and dying depends on his age and prior experience with death (of a friend, family member, or pet). Before the age of two years, infants and toddlers are unable to grasp the concept of death. However, even very young children do react with distress to prolonged separations from loved ones.

After two years of age, given proper assistance from an adult, children are able to achieve a basic and concrete understanding of death. Still, they may have difficulty comprehending the permanence of death. Active imaginations lead to wild fantasies about where the deceased has gone. Because it is normal for children to have occasional negative feelings about their siblings, they may worry that their own thoughts or actions caused the illness. This sort of magical thinking and self-blame is especially common in children between the ages of five and eight.

A young child's response to the death of a sibling may be exasperating for parents. Using denial as a defense, he may act overtly as though nothing were wrong. Clues to inner turmoil include demanding, clinging behavior; regression to infantile behavior, such as lapses in toilet training; and increased aggression. Your warmth, understanding, and sharing of thoughts and feelings help him to grieve in a more appropriate fashion.

By 8 to 12 years of age, a child's understanding of death is similar to an adult's. However, the severe illness or death of a sibling may make him overly fearful of his own mortality.