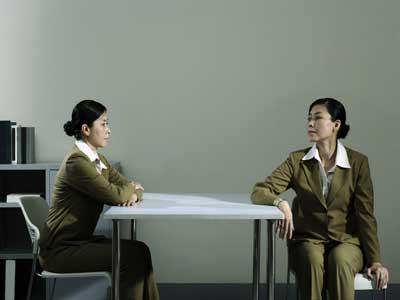 Surveys have shown that few Americans approve of cloning for reproductive purposes, although more are open to therapeutic cloning [source: Burton]. The U.S. government has established strategic roadblocks related to human cloning, although no federal ban exists. First, the government won't fund research focused on human cloning for reproduction. Also, the FDA, which regulates public cloning research, requires anyone in the United States attempting to clone humans to first get its permission. President George W. Bush's appointed Council on Bioethics unanimously opposed cloning for reproductive purposes.

Certain countries abroad have stricter standards, and more than 50 have legally banned research efforts on reproductive human cloning [source: Medical Devices & Surgical Technology]. In Japan, human cloning is a crime punishable by up to 10 years in prison. England has allowed cloning human embryos for therapeutic use only. Many individual states have also passed laws restricting cloning.

While legal restrictions are one deterrent to pursuing human cloning at this time, some scientists believe today's technology just isn't ready to be tested on humans. Ian Wilmut, one of Dolly's co-creators, has even said that human cloning projects would be irresponsible. Cloning technology is still in its early stages, and nearly 98 percent of cloning efforts end in failure. The embryos are either not suitable for implanting into the uterus, or die some time during gestation or shortly after birth.

Those clones that do survive suffer from genetic abnormalities. Clone cells may age more rapidly, shortening their lifespan, similar to what happened with Dolly. Some clones have been born with defective hearts, lung problems, diabetes, blood vessel complications and malfunctioning immune systems. One of the more famous cases involved a cloned sheep that was born but suffered from chronic hyperventilation caused by malformed arteries leading to the lungs.

­Opponents of cloning point out that while we can euthanize defective clones of other animals, it's morally problematic if this happens during the human cloning process. Advocates of cloning respond that it's now easier to pick out defective embryos before they're implanted into the mother. In 2005, the United Nations attempted to pass a global ban on human cloning, but was unsuccessful due to disagreements over whether therapeutic cloning should be included. For now, human cloning remains in a stalemate from both a scientific and public policy perspective -- the future of human cloning will likely depend on which side gives in first.