Chocolate and the Brain 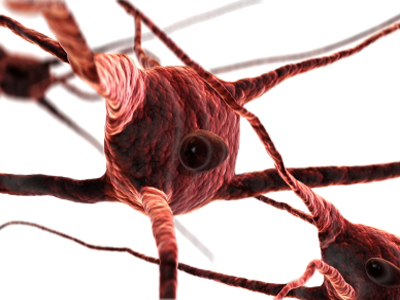 Compounds bind to neurotransmitters, which release pleasure-producing chemicals. These chemicals stimulate the body through electrochemical impulses carries along neural pathways like the ones pictured above.
©iStockphoto.com/ChristianAnthony

Chocolate has all of the ingredients needed to make it a wonder drug. After all, it contains compounds similar to those found in ecstasy, morphine and marijuana. By all rights, eating a bar of chocolate should send you into orbit. So, why isn't this stuff regulated by the FDA? Why aren't chocolate bars sold from locked cabinets behind the pharmacy counter? The truth is, while there are indeed pleasure-inducing and stimulating chemical compounds found in chocolate, the amounts of most of these compounds are relatively small.

As a result of the energy drinks, coffee, cigarettes and, yes, chocolate humans consume these days, our brains have become quite accustomed to the effects of drugs that release pleasure-inducing chemicals. Compounds that act on receptors in the brain that release pleasure-generating neurotransmitters (like dopamine) work in two ways: They either bind to the receptor, causing it to release the neurotransmitters, or they bind to the site to prevent the re-absorption of those neurotransmitters. Either way, there's a lot more of the chemical floating around in your bloodstream.

This process is how chocolate (or any other substance, for that matter) gets its eater high. It's also why chocolate doesn't have much of an effect on us. As the brain is exposed over and over to a barrage of compounds, the number of receptors available for the compounds to bind to actually decreases and the ones that remain are less easily triggered. The reason for this reaction to drugs is the body's natural state of seeking equilibrium (a balance between all of the processes and chemicals found in the body at any one time). In other words, there's only supposed to be so much dopamine or other pleasure-producing chemicals in the body. When hormones are released artificially by the compounds found in chocolate or any other drug, the body seeks balance by shutting down the receptors that release the hormones. As a result, we become desensitized to the effects of these compounds over time [source: University of Texas].

Still, there are pharmacological compounds that produce feelings of pleasure and stimulation in human beings. Considering the worldwide fervor for chocolate and the cravings for it that many people experience, it clearly has an effect on some people. Perhaps, one should live a relatively clean life to get all the benefits that chocolate can bestow.