Browse the article Is laughter contagious? 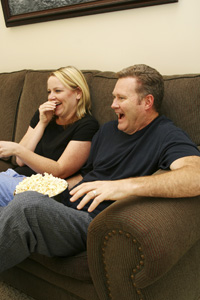 Victims of the laugh track?
© iStockphoto.com/killerb10

In 1999, Time magazine deemed the laugh track one of the 100 worst ideas of the previous century. By ranking on this list, the laugh track found itself in the company of such ill-fated concepts as aerosol cheese, Crystal Pepsi and the Titanic. The concept started off nobly enough; it was introduced in 1950 on "The Hank McCune Show" as a way to compensate for the lack of a live studio audience. As time went on, however, the canned laughter started to sound corny and trite, especially when belly laughs erupted after a not particularly funny one-liner. While they've fallen out of favor and are eschewed on many current television comedies, it's perhaps disingenuous to compare them to the Titanic. After all, though the Titanic sank, laugh tracks actually work.

No matter how ridiculous those laugh tracks sound, they do increase the chances that we'll laugh at something. We've known this since 1974, when a study published in the Journal of Personality and Social Psychology revealed that subjects were more likely to laugh and find jokes funny when the jokes were followed by the recorded sound of laughter [source: Walker]. More recently, researcher Robert Provine, an expert on laughter, has found that people don't even need the joke to laugh; he plays subjects 20 seconds of laughter on a hand-held device, and even though it's obvious that the laughter is fake, subjects smiled or laughed anyways [source: Walker]. This suggests to researchers that laughter is a contagious phenomenon.

In discussions of contagious laughter, it doesn't take long for the subject of the Tanganyika (now Tanzania) laughter epidemic to come up. In 1962, three girls studying at a boarding school in an African village begin to laugh. Then the laughter, along with other symptoms such as crying, began to spread, so much so that 95 of the 159 students at the school were afflicted [source: Provine]. The school had to be closed; upon re-opening, more than 50 pupils were again affected, and the results spread to nearby villages. By the time the laughter stopped, two and a half years later, more than 1,000 people had exhibited symptoms of the laughter epidemic.

Now, kids, don't go getting any ideas on how to get school cancelled. It's now believed that the laughter of 1962 to 1964 is due to mass psychogenic illness, or mass hysteria, brought on by stress [source: Hempelmann]. But do these events reveal the potential danger of contagious laughter? Why is laughter infectious in the first place? 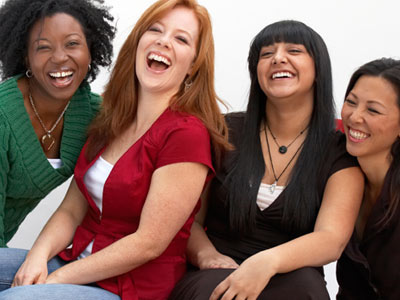