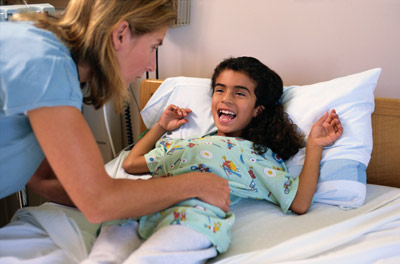 You may feel badly now, but you could be able to laugh your way back to health.
Keith Brofsky/Getty Images

You've probably heard that laughter is the best medicine, but have you ever wondered if laughter can cure an illness? That question may have elicited a chuckle from your doctor once, but today, your physician may advise you to up your daily dose of laughter to improve your health. Psychologists studying the science of happiness believe that practicing certain positive behaviors like laughter can bring the pleasure, engagement and meaning that comprise happiness [source: Jameson].

How does laughter improve one's health? Laughter sets off a chain reaction throughout the body that promotes physical and psychological health. Regular and frequent guffawing can both prevent illness and help you get well. Laughter lowers your body's hormone and cortisol levels. (Cortisol is a stress-induced chemical that can lead to heart disease, high blood pressure and excess belly fat.) Laughter also strengthens your immune system because it increases the production of antibodies in your saliva and in your bloodstream to stave off bacteria, viruses and parasites.

When you laugh, it affects your body the same way that a brisk walk would by working various muscles throughout your body. Laughing increases your aerobic (heart and lung) capacity by expanding your oxygen consumption and increasing your heart rate and blood pressure. After you're done hooting and howling, you get an added bonus -- relaxation. As laughter brings you release and relief, it also reduces stress by lowering your body's cortisol levels, as we learned earlier. In addition, a good measure of laughter combats depression as well as anxiety [source: Oz]. In the next section, we'll learn how people use laughter therapy to help control their health and manage illness. 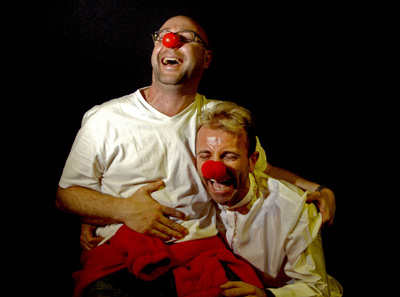 Participants hamming it up at the First International Laughter Yoga Conference in 2005.
Amy Vitale/Getty Images

Some people in the medical community have been skeptical of the healing power of laughter, but that's changing. In fact, doctors have begun to espouse laughter therapy to complement traditional treatments for injuries and diseases like cancer. Nearly every hospital in the United States injects a blend of clown therapy, pet therapy and pastoral care -- visits by a hospital chaplain or community faith leader -- into each patient's treatment plan [source: Nilsen].

How can laughter help with cancer? The science of happiness may provide an explanation. Some cancer treatment centers incorporate laughter therapy sessions into a patient's treatment plan to increase the positive thinking and happy feelings that support the healing process [source: CTCA]. It's all right if patients can't find anything to genuinely laugh about, because laughter therapy uses forced or fake laughter -- and it works. Instructors lead laughter therapy classes that are akin to exercises classes. During these group sessions, patients and their families play a game like "Simon Says" and make laughing sounds that the instructor calls out. As the participant does the laughter exercises, the brain releases endorphins. Endorphins serve a few purposes, acting as:

More than 100 hospitals in the U.S. have comedy carts or humor rooms [source: Nilsen]. Comedy carts are brightly decorated rolling carts that are filled with toys and games. Staff and volunteers travel the hospital floors to make bedside visits to patients to bring cheer and inspire laughter. What could one expect to find in a humor room? Don't be surprised to find upbeat and comforting decorations, furniture, flooring and lighting that create a fun space for therapeutic entertainment. Humor rooms typically house all sorts of games, toys, books, audio tapes and CDs, comedy movies -- and possibly a player piano.

Doctors encourage family and friends to show plenty of support to their sick loved one. Both laughter therapy and humor therapy involve social interaction -- after all, laughter is contagious. Some people believe that the camaraderie fostered by laughter and humor therapy banishes fear and promotes relaxation to help the healing process.

In the next section, we'll learn how laughter helps us tolerate pain.

In the book "Anatomy of an Illness," journalist and author Norman Cousins chronicled how 10-minute intervals of intense laughter helped him get two hours of undisturbed sleep -- despite a painful spinal condition that had previously kept him from dozing off. However, laughter as an alternative pain treatment isn't a new idea. In fact, people in Asia and South America have extolled its benefits for centuries. As early as the 13th century, doctors used laughter as a distraction to relieve pain during surgery. The Biblical book of Proverbs, which dates back more than 2,000 years, mentions the therapeutic power of laughter several times.

Pediatric hospitals also use therapeutic forms of entertainment like clown therapy to help children tolerate the pain, nausea and anxiety associated with chemotherapy and radiation treatment [source: RXLaughter]. The 1998 movie "Patch Adams" was based on the real-life story of a doctor who used humor to treat patients while he was still in medical school. Patch Adams and his colleagues at the Gesundheit Institute in Virginia use a combination of clowning, singing and dancing to treat patients through entertainment in conjunction with traditional medicine [source: Gesundheit Institute]. A similar group based in Australia uses clown therapy to incite laughter in patients dealing with injuries, diseases and terminal illnesses [source: Humour Foundation].

More people are turning to laughter to ease their troubled minds as well as their bodies. Some serving in the military are being trained to use genuine and forced laughter as stress relievers to help prevent and treat conditions like post-traumatic stress disorder (PTSD) that can result from harrowing experiences like combat duty [sources: Burbank, Clark].

Although there's no concrete evidence that laughter alone can cure an illness, it does promote physical and mental health. Learn more about how laughter's therapeutic properties with the links on the next page.

The Science of Happiness

Those studying the science of happiness say that happiness is something each person controls. Intentional acts of kindness, gratitude and laughter, for example, engage us and bring pleasure and meaning to our lives [source: Wallace].

What makes us yawn?
Can a Vision Board Really Affect Your Future?
Stop Checking That Phone (If You Can) 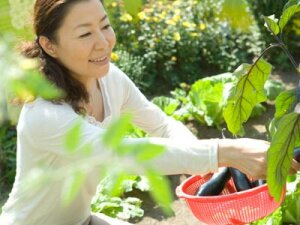