Browse the article What makes people happier -- objects or experiences? 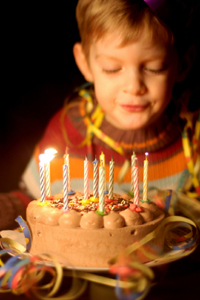 What exactly do you remember from your eighth birthday party?
iStockphoto/kati1313

Did you have a happy childhood? Do you remember Christmas morning or your birthday, when you woke up and knew there were presents just for you waiting around the corner? Do you remember the lights on the tree or the candles glowing atop the birthday cake as your family and friends serenaded you? Did you feel happy?

Let's consider the presents themselves. What did you get for, say, your eighth birthday? Don't try to think too hard; in fact, you might find that the things that elevated you to the pinnacle of happiness at the age of 8 only created a fleeting pleasantness that faded within a short time. Actually, researchers have pinned down just how long material objects make us happy -- and it's only between six and 12 weeks [source: Landau]. As much as you may have desired a certain toy, once you had it, you grew bored or accustomed to it, and the pleasure you derived from it faded.

Researchers believe that gaining happiness from objects -- called materialism in the psychology literature -- affords us much less pleasure than another mechanism of happiness, experience. Experientialism, or using experiences to derive pleasure, appears to make us much happier than materialism. Precisely why remains a matter of debate.

Do experiences really make us happier than objects? Consider our earlier example: If objects made us happier, you would remember most of the gifts you received for a past birthday. Instead, we tend to remember the context surrounding those gifts more clearly -- the birthday party, Christmas morning, a Valentine's Day dinner. We don't remember the gift as much as we remember the experience surrounding the gift. 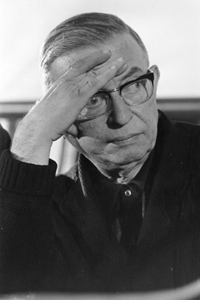 There's been a lot of research dedicated to the study of materialism. Beginning in the 1950s, philosopher John Paul Sartre divided ways of attaining happiness into three categories: having, doing and being. The third, being, warrants another article in itself, so we'll just concentrate on having and doing for now. By the 1990s, when sociologists and psychologists began to train their sights on the study of gaining external happiness, Sartre's concepts of having and doing had become the psychosocial ideas of materialism and experientialism.

The results of this intense study reflected rather poorly on materialism. In fact, psychologists have linked materialism to personality disorders and maladies like narcissism, social anxiety and general dissatisfaction with life [source: Weinberger and Wallendorf]. This belief is reflected in at least one school of religious thought: Buddhists feel that material objects actually serve as impediments to true happiness.

Experientialism, on the other hand, has fared better under scientific scrutiny. A study conducted in 2009 at San Francisco State University found that, when compared side by side, experiences made people much happier than objects. The survey asked 154 college students to write about either a certain experience or an object purchased within the last three months just to make him or her happy. The psychologists found that the participants expressed happiness about their purchases -- they were, of course, asked to write about a purchase that made them happy. However, the respondents who wrote about purchases of experiences, like a night out, tended to show more satisfaction when they actually made their purchase. They also showed expressed more satisfaction about the purchase at the time of the survey.

The San Francisco study showed that experiences not only give us greater happiness, they also provide lasting happiness.

What, exactly, is the problem with the concept that objects can bring happiness? Why does materialism get such a bad rap? Even more, why do experiences seem to make us more profoundly happy?

Why Experiences Beat Objects on the Happy Meter 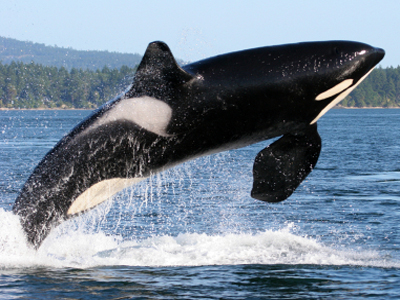 There are some flaws to the San Francisco study: It surveyed only a specific segment of the larger population -- young adults -- and the data was self-reported. This last part is difficult to overcome in any study of happiness, since emotions are subjective. Still, the study supported other findings: Experience tops objects when it comes to delivering happiness.

The reason for this is still a matter of debate. The lead researcher of the San Francisco study, Ryan Howell, posited that most experiences that are purchased -- again, like that night out -- are shared experiences [source: Landau]. As such, they may provide us with more happiness because they foster bonds with other people. It also feels a lot less like boasting when recalling an experience than when mentioning a newly purchased object. People seem less envious when you tell them about your recent trip than when you talk about your new car, in other words.

Experientialism is also subject to revisionism, which may explain why experiences make us happier. We can manipulate our memories of them to make us even happier. That eighth birthday party you recollected earlier may not have happened precisely the way you remember it. Your impressions of how an object made you feel is a lot less fluid, however.

The results of a study published in the August 2009 issue of the Journal of Consumer Research supports this idea. People do derive more pleasure from experiences -- if the experiences themselves turn out positively. In fact, should that experience turn out horribly, the study's authors contend that the purchase could actually worsen the buyer's mood [source: Nicolao et al].

We also become bored with the objects we purchase. The novelty of a tangible item is finite (remember, six to 12 weeks). Experiences, on the other hand, aren't quite as fleeting, possibly because we can revise our memories of experiences. "We don't tend to get bored with happy memories like we do with a tangible object," points out Ryan Howell [source: Howell].

There is one common thread when it comes to experientialism and materialism -- money. Studies of the happiness that experiences and objects may provide examine how things we pay for bring us pleasure. (The third part of Sartre's triumvirate of happiness, being, usually cannot be purchased.) What's significant about the idea that experience can bring happiness is that experience often does cost money. Orca whale watching trips, tickets to Japanese drumming shows, romantic dinners, birthday parties -- all of these things cost money. By extension, then, studies like the one conducted at San Francisco State University have inadvertently proven that money can buy happiness, despite reams of data that show wealthy people aren't any happier than the average Joe.