Browse the article Can pets make you happy? 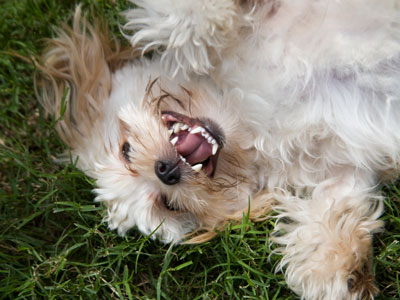 Pets are a big responsibility. Not only do they demand regular meals and a steady supply of fresh water, but they have to be cleaned up after constantly, too. Depending on the species, they may also require frequent walks, a steady supply of mice or a daily changing of the newspaper at the bottom of their cages. Caring for a pet is like raising a child but without the eagerly awaited emancipation stage.

Yet despite the tedium, an astonishing number of furry, scaly or creepy crawly critters have managed to work their way into our homes. In the United States, 63 percent of households harbor at least one pet. That works out to approximately 71.1 million homes and an astonishing 382.2 million animals [source: American Pet Products Association]. They're not cheap, either: According to the American Pet Products Association, pet owners will spend upward of $45.4 billion on pet charges in 2009.

So what's the justification for this madness? With all the attention and money lavished on them, what do pets offer in return? Well, plenty, actually. Pets are a pretty wise investment. It appears that what pet owners sacrifice in terms of time and money, they get back in better health and increased happiness. Sure, you pet owners out there have known your pets make you happy all along. But now a growing body of research is here to back you up.

The pet Rx appears to work in a number of ways. For one thing, pet ownership tends to prompt people to adopt a multitude of healthy behaviors. Take a pet's need to be fed and taken outside every few hours, for instance. That responsibility gives pet owners purpose and makes them feel needed, improving their senses of self worth. It also forces them to get off the couch and go for a walk every now and then, boosting both health and happiness.

Besides the behavioral changes, studies also show that interacting with a pet helps to reduce levels of harmful neurochemicals in the body and raise the good ones.

So is Fido a dog or a furry-coated Prozac? It's a valid question, and we'll answer it on the next page.

There's something incredibly comforting about coming home after a long day at work and being greeted with wet, slobbery kisses. For many people, interacting with a pet is the ultimate antidote to a stressful day. In fact, in one study, when people were presented with stressful tasks in four different situations -- alone, with their spouse, with their pet, or with both their spouse and their pet -- they experienced the lowest stress response and the quickest recovery in the situation where they were only with their pet [source: Grimshaw].

While stronger pet-owner bonds usually lead to the greatest stress relief, even brief encounters can create improvements. In one study, patients who spent a short amount of time with a dog before upcoming treatment operation experienced a 37 percent reduction in their anxiety levels, perhaps because the animal's presence helped distract them from their concerns [source: Grimshaw].

Indeed, multiple studies indicate that pets are powerful forms of stress relief, lowering not only blood pressure but also harmful stress hormones like cortisol, which is associated with depression and anxiety, and elevating beneficial ones like oxytocin, which is linked to happiness and relaxation [source: Grimshaw]. Some people experienced increased output of endorphins and dopamines after just five minutes with an animal [source: Odenaal].

And while it's usually the four-legged furries that get all the credit, other pets can help, too. Simply watching a fish tank versus a bare wall for 30 minutes lowers blood pressure significantly [source: Duncan]. Observing an aquarium can be an even more powerful relaxant than several proven meditative techniques [source: Lynch].

"Ask your doctor if Fido is right for you…"

Although a pet can be a powerful form of stress relief for many people, certain individuals might do best to stick with the stuffed variety. For these people, taking on the added responsibilities of a pet may prove too much for them to handle and simply exacerbate their anxiety. It's important to always assess one's personal situation before rushing off to the pet store because, unfortunately, pets and stress relief don't always go hand in hand [source: Cosgrove]. 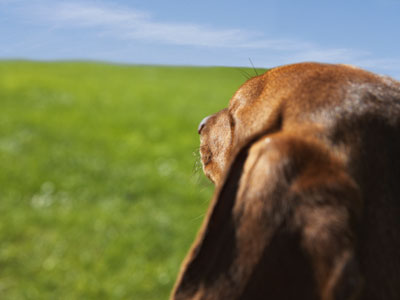 Pets are loyal friends that get us to the park frequently.
Richard Newstead/Getty Images

Whoever coined the saying "good friends are hard to find" probably didn't have a pet. Unlike your gossipy co-workers, pets are loyal, nonjudgmental and full of unconditional love. Who could ask for anything more?

Indeed, when a group of children was asked to list 10 of their closest relationships and then rank them according to who they would most likely turn to in a time of need, pets often scored higher than the children's human relationships [source: McNicholas]. It's not just children who value their pets' company. A recent survey conducted by the American Veterinary Medical Association found that more than half of respondents consider their pets as companions [source: Springer]. And if you've ever found yourself on the couch confiding all of your private problems into Fido's soulful eyes, you're not alone. A study on the bonds between people and their animals revealed that 97 percent of pet owners talk to their pets [source: Springer].

Not only can pets be an integral member of a person's social network, but they can help extend that network in other ways as well. Owning a dog, for instance, forces a person to go on walks or to the dog park, where he or she is more likely to be approached by other people and perhaps strike up a conversation about the cute little friend. Wheelchair patients with companion dogs receive both more attention and better quality attention from acquaintances and strangers alike. Researchers sometimes call this the magnet effect, and it works especially well for those who have a difficult time meeting people [source: NIH].

The companionship pets offer can be especially beneficial to the elderly or the infirm, who often have trouble maintaining lasting friendships. The presence of a pet provides a constant source of healthy social stimulation that can be hard to find in even a spouse or a caretaker [source: NIH]. In such instances, animals have proven effective antidotes to depression. In one case, AIDS patients who owned pets were much less likely to succumb to depression than those without pets [source: Davis]. Even in situations where all other factors are the same, the presence of an animal seems to provide a boost: A group of patients suffering from depression who participated in daily water exercises with dolphins saw significant improvements over a group who performed the same exercises without dolphins [source: Harvard].

So whether you go with Flipper or Fido, a pet may be just what the doctor ordered.