The Meaning of "Pursuit of Happiness" 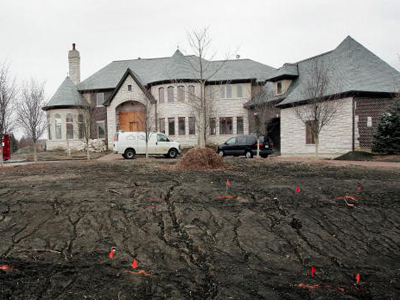 Jefferson sez: If a McMansion makes you happy, then pursue it!
Scott Olson/Getty Images

If there's one thing that can be said about happiness, it's that it's wholly and utterly subjective. What makes one person happy -- picking flowers on a sunny day, perhaps -- may make another person decidedly unhappy. John Locke, however, believed that happiness is the natural state of humanity. As Locke wrote on the subject, humans "are drawn by the forces of pleasure and repulsed by pain" [source: McMahon].

Exactly what gives that pleasure, again, varies widely. Researchers believe that the accumulation of wealth is a major source of pleasure for Americans. For instance, a January 2007 Gallup poll showed that 72 percent of people who made $75,000 a year or more said they were happy [source: WebMD]. Material gain in the forms of money, property and personal possessions isn't the only way Americans pursue happiness, however. In the same poll, people who were married -- no matter what their income level was -- were happier than single people.

Things like new cars, large houses and extensive portfolios, along with having a family and friends make us happy to varying degrees. It's up to the individual, as far as Jefferson was concerned, to determine what makes him or her happy [source: McMahon]. The pursuit part, however, is a different story.

Because happiness was widely considered a natural state for humans in the Jeffersonian era, it was believed to be what God intended and therefore deserved protection. The word's proximity to two other natural rights -- liberty and life -- demonstrates that Jefferson found happiness just as important. The legal and social frameworks provided by the Declaration and the Constitution are meant to create that protection. If a large house makes you happy, for example, then another person shouldn't be able to set it on fire; there are laws against that. What's more, an individual shouldn't legally be kept from pursuing that large house.

When he wrote the Declaration of Independence, Thomas Jefferson avoided defining happiness, choosing to leave it to the individual to determine his or her own meaning of the word. He also may have realized that it's not enough to want to be happy: The path to happiness must be unobstructed, as long as it doesn't interfere with another's happiness, of course.