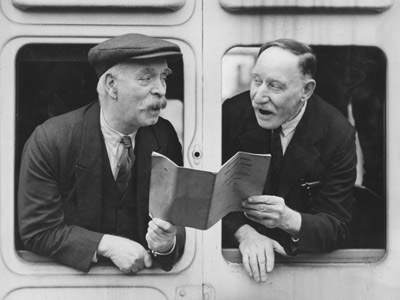 Some of the greatest connections between singing and happiness are more mental than physical. They're harder to measure, but just as significant.

Choral singers need to concentrate on their music and technique throughout the singing process, and it's hard to worry about things like work or money or family problems when you're actively concentrating on something else. So choral singers tend to have a built-in "stress-free zone." Learning is also part of the process -- learning new songs, new harmonies, new methods of keeping tempo. Learning has long been known to keep brains active and fend off depression, especially in older people.

The question remains, though -- why choral singing specifically? Concentration and deep breathing can happen in a recording studio, or in the privacy of your own home.

It's because some of the most important ties between singing and happiness are social ones. The support system of being part of a group, and the commitment to that group that gets people out of the house and into the chorus every week -- these are benefits that are specific to group singing. And they seem to be a big component of why choral singers tend to be happier than the rest of us. The feelings of belonging to a group, of being needed by the other members of that group ("We can't do this one without our alto!"), go a long way toward combating the loneliness that often comes along with being human in modern times.

For more information on singing, choruses and happiness, look over the links below.