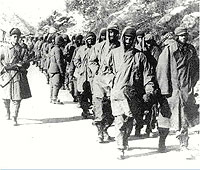 In the late 1950s, psychologist Robert Jay Lifton studied former prisoners of Korean War and Chinese war camps. He determined that they'd undergone a multistep process that began with attacks on the prisoner's sense of self and ended with what appeared to be a change in beliefs. Lifton ultimately defined a set of steps involved in the brainwashing cases he studied:

­Each of thes­e stages takes place in an environment of isolation, meaning all "normal" social reference points are unavailable, and mind-clouding techniques like sleep deprivation and malnutrition are typically part of the process. There is often the presence or constant threat of physical harm, which adds to the target's difficulty in thinking critically and independently.

We can roughly divide the process Lifton identified into three stages: breaking down the self, introducing the possibility of salvation, and rebuilding the self.

Breaking down the self