Brainwashing Then and Now 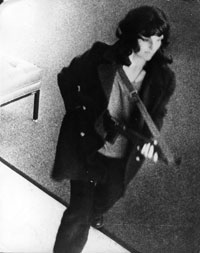 ­In 19­29, Mao Tse-tung, who would later lead the Chinese Communist Party, used the phrase ssu-hsiang tou-cheng (translated as "thought struggle") to describe a process of brainwashing. Political prisoners in China and Korea were reportedly subjected to communist-conversion techniques as a matter of course. The modern concept and the term "brainwashing" was first used by journalist Edward Hunter in 1951 to describe what had happened to American POWs during the Korean War. Hunter introduced the concept at a time when Americans were already afraid: It was the Cold War, and America panicked at the idea of mass communist indoctrination through "brainwashing" -- they might be converted and not even know it!

In the wake of the Korean War revelations, the U.S. government seemed to fear it was falling behind in the weapons race, because it began its own mind-control research. In 1953, the CIA began a program called MKULTRA. In one study, the CIA supposedly gave subjects (including the famed Timothy Leary) LSD in order to study the effects of mind-altering drugs and gauge the effectiveness of psychedelics at inducing a brainwashing-friendly state of mind. The results were not that encouraging, and subjects were supposedly harmed by the experiments. Drug experimentation by the CIA was officially cancelled by Congress in the 1970s, although some claim it still happens under the radar. Public interest in brainwashing briefly subsided after the Cold War but resurfaced in the 1960s and 1970s with the emergence of countless non-mainstream political and religious groups during that era. Parents who were horrified by their children's new beliefs and activities were sure they'd been brainwashed by a "cult." The mass suicides and killing sprees committed by a small percentage of those cults seemed to validate the brainwashing fears, and some parents went so far as to have their children kidnapped by "deprogrammers" to remove them from the influence of cult leaders.

­One supposed victim of brainwashing at that time was Patty Hearst, ­heiress to the Hearst publishing fortune, who would later use a brainwashing defense when she was on trial for bank robbery. Hearst became famous in the early 1970s after she was kidnapped by the Symbionese Liberation Army (the SLA, which some deem a "political cult") and ended up joining the group. Hearst reports that she was locked in a dark closet for several days after her kidnapping and was kept hungry, tired, brutalized and afraid for her life while SLA members bombarded her with their anti-capitalist political ideology. Within two months of her kidnapping, Patty had changed her name, issued a statement in which she referred to her family as the "pig-Hearsts" and appeared on a security tape robbing a bank with her kidnappers.

Patty Hearst stood trial for bank robbery in 1976, defended by the famous F. Lee Bailey. The defense claimed that Hearst was brainwashed by the SLA and would not have committed the crime otherwise. In her mental state, she could not tell right from wrong. Hearst was found guilty and sentenced to seven years in prison. She only served two -- in 1979, President Carter commuted her sentence.

In the next section we'll look at the Lee Boyd Malvo case.

Modern literature and film use the brainwashing scenario pretty liberally. It gets to the very nature of humanity: Are we all ultimately reducible to puppets? The protagonist in George Orwell's "1984" undergoes a classic case of brainwashing that ends with the famous concession to his tormentors: "two plus two equals five." In 1962's "The Manchurian Candidate," brainwashing produces a robot-like assassin incapable of overriding the control commands he's been programmed with. "A Clockwork Orange" (1971) positions institutional brainwashing as an option for violent convicts looking to shorten their sentences, and in 1997's "Conspiracy Theory," a mentally unstable, government-brainwashed assassin seeks to prove that some very powerful people have been tampering with his mind.