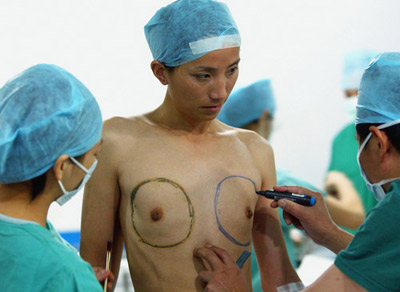 Treatment plans for gender identity disorder are based on the Standards of Care developed by WPATH.

Each plan is created on an individual basis and varies depending on the age of the patient and the degree to which he or she wants to adapt to his or her desired gender.

For children with GID, individual and family counseling, along with social and physical interventions are recommended. Children with gender identity disorder may develop symptoms of depression, generalized anxiety and separation anxiety disorder. Adolescents may be at risk for depression, suicidal thoughts or suicide attempts. Counseling should focus on improving self-esteem and treating associated complications.

Parents are encouraged to allow their child to explore fantasies about being a member of the opposite gender in a safe and tolerant environment. Additionally, parents are offered suggestions such as using gender-neutral language, making gay-friendly media available, and encouraging the child to participate in any activities she or he is interested in without judgment.

When GID is diagnosed in an adult, a multifaceted therapeutic approach begins. In addition to support groups and counseling (both individual and couples counseling), patients may choose hormone therapy, undertake a Real-Life Experience (living full time in their desired gender for a year or longer) and gender reassignment surgery. Patients desiring gender reassignment surgery undergo extensive evaluation, therapy and a transition period before they can be approved for surgery.

According to the American Psychological Association, the transgendered suffer from a higher than average rate of depression, anxiety, suicide and self-mutilation, yet rarely seek treatment. Untreated gender identity disorders may manifest in associated disorders and emotional distress that can interfere with the individual's ability to function socially at school and work or in relationships. Treatment helps a patient achieve and maintain a healthy and stable life.

To learn more about gender identity disorder, gender reassignment surgery and other related topics, take a look at our links page.

When I was given this assignment, I wanted to focus on the facts -- what the disorder is, what its symptoms are, how it's diagnosed and how it's treated. Personally, I disagree with the decision to list GID as a psychological disorder in the Diagnostic and Statistical Manual of Mental Disorders (DSM-IV) -- the cause is unknown, but current theories suggest it could be a result of genetics, hormonal imbalances in the womb and/or social and environmental factors. I hoped to add truths to the conversation about how we identify with our personal sex role and gender roles in larger society. At the very most, I didn't want to disappoint those in the transsexual community.