For the past decade or so, a whole internet subculture has developed around autonomous sensory meridian response (ASMR), the tingly, euphoric feeling some people experience when they're exposed to specific stimuli.

You'll find the most notable examples of ASMR on YouTube, where performers crumple paper bags, brush their hair, fold napkins or whisper breathily into microphones. Admirers, called "tingleheads," gaze at the videos in hopes of reducing stress, finding relief from insomnia, and chasing a delectable, shudder-inducing tingling feeling.

Michelob Ultra brought the trend to a much wider audience when it ran a Super Bowl ad in 2019 featuring actress Zoe Kravitz, who tapped her fingers, whispered, and cracked open a bottle of beer in the most sensual way imaginable. Now, ASMR is a true pop culture phenomenon, one with established online celebrities.

ASMR, sometimes described as a "flow-like" mental state, isn't a new sensation. The term was coined in 2010 by a woman named Jennifer Allen who worked in cybersecurity and wanted a way to describe the phenomenon that people in her online community were reporting. In 2015, the first peer-reviewed study on the subject was published, and it found that the videos helped some people fight off stress, chronic pain and sleep disorders, and possibly even depressive thinking.

But not everyone finds ASMR sounds and sights relaxing. Some people actually find them irritating.

"ASMR may be no different than cilantro and jazz music — people seem to love it or hate it," emails Craig Richard, a professor of biopharmaceutical sciences at Shenandoah University in Virginia and founder of the online learning center ASMR University. He was also the ASMR consultant for the Michelob beer ad. "Like cilantro, it could be genetically influenced, or like jazz music it may be due to positive exposure and familiarity."

Scientists have used MRI machines to peer into the inner workings of peoples' brains. One small study seemed to show that the brains of people who report ASMR seem to fire differently, with areas related to reward and emotional arousal showing more activity.

"The brain regions activated during ASMR are similar to brain regions activated during affiliative behaviors like bonding and grooming," says Richard, the author of the book "Brain Tingles." "This means that watching ASMR videos may activate your brain in a similar way as being with someone you care about while they play with your hair in a gentle way. It is likely that the brain chemical, oxytocin, is strongly involved in ASMR because it is known to cause relaxation during bonding and grooming behaviors."

It could also be that ASMR is a form of synesthesia, an odd neurological phenomenon in which some people can "taste" shapes or "hear" sounds when exposed to certain smells, among other responses.

"From a personality perspective, people with ASMR tend to be more open to sensory experiences in general," says Stephen Smith, a professor of psychology at the University of Winnipeg in an email interview. "They also tend to score higher on some measures of mindfulness, particularly those relating to being curious about the sensations that their body is experiencing."

Smith says that he and his colleagues are still working through large amounts of brain scan data in hopes of finding more biological clues regarding the secrets of ASMR. But so far, "my colleagues and I found that individuals with ASMR had less distinct brain networks than matched 'control' participants. That said, much more research is needed before scientists can definitively explain why some people love ASMR videos."

And as to why some people don't like them? "I think that it relates to the scenarios that are being depicted. They often involve young females performing personal acts such as applying makeup. The voyeuristic quality of some of the videos could be off-putting to some viewers," Smith says. "Additionally, if a viewer isn't experiencing pleasurable tingling sensations, then watching someone whispering at the camera would likely seem ridiculous (and potentially annoying)."

Toothpaste: Too Much of a Good Thing for Kids 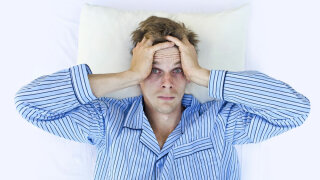 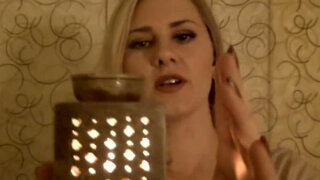 Why do whispering women cause ASMR brain orgasms? 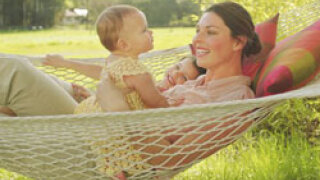 10 Ways for Parents to Relax