by Patrick J. Kiger Apr 11, 2017
This atmospheric phenomenon is known as "Pilot's Glory" or "Glory of the Pilot." Remco Douma/Getty Images

If you've ever flown in an airplane and gazed out the window for long enough, chances are that you've noticed what appears to be a halo encircling the plane's shadow against the clouds. It might seem spiritually inspiring — or maybe a little spooky — but what you saw was nothing paranormal.

A glory, also known as a glory of the pilot, a pilot's glory or a pilot's halo, is actually an optical phenomenon, first observed by mountain climbers in the days before air travel became common. It's not created by the shadow of the plane, but it can appear concurrently and in the same place as one.

According to this 2012 Scientific American article by Brazilian physicist H. Moyses Nussenzveig, the first reported observation of a glory was back in the mid-1700s. Members of a French scientific expedition climbed Pambamarca, a mountain in Ecuador, and the mountaineers described seeing the sun emerge from behind a cloud and illuminate them, casting each man's shadow and surrounding their heads with what looked like halos.

A glory appears around a man's shadow on mist near the Glen Canyon Dam in Arizona.
Jeff Topping/Getty Images

It wasn't until the early 1900s that German physicist Gustav Mie came up with a mathematical formula to explain how water droplets suspended in air can scatter light. As this article from the meteorological journal Bulletin of the American Meteorological Society details, glories are created by the backscattering — that is, the deflection at an angle — of sunlight by tiny droplets of water in the atmosphere. (And by tiny, we mean droplets so small that they're only tens of wavelengths across.)

The size of the rings for different wavelengths of light varies, according to the average diameter of the droplets and their distribution; to see a glory, the viewer has to be directly in between the source of light and the water droplets, which is why glories frequently occur with shadows.

But even Mie's math didn't completely explain how glories worked. In the 1980s, Nussenzveig and NASA scientist Warren Wiscombe figured out that much of the light that forms a glory doesn't actually pass through the droplets. Instead, as this 2014 piece in the journal Nature explains, the main cause of a glory is a process called wave tunneling, in which sunlight passes near enough to a droplet to create electromagnetic waves within it. Those waves bounce around inside the droplet and eventually get out, sending out light rays that make up most of the glory that we see.

https://www.instagram.com/p/9411vekMeN/
Now That's Interesting
To a pilot, a glory can be a warning that the cloud layer below holds enough liquid moisture that flying into it can create ice formation on the aircraft's exterior.

The Plan to Dig Up President James K. Polk — For a Third Time

Can Animals Experience Culture Shock, Too? 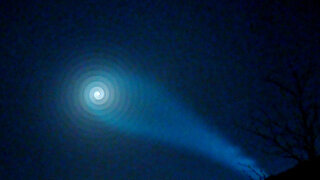 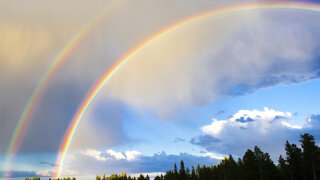 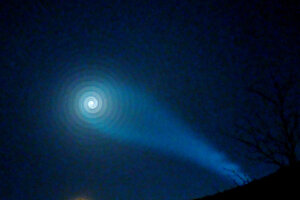 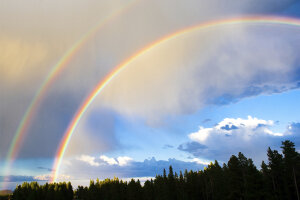