Black Ice and Its Habitat 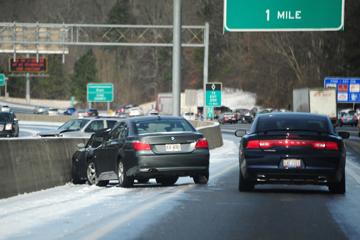 Cars sit on the side of Interstate 75 in Atlanta, Georgia, on Jan. 29, 2014. Thousands of motorists were stranded, many overnight, as a winter storm dropped three inches of snow, and ice made driving hazardous.
(Scott Cunningham/Stringer/Getty Images)

There are places that black ice is more likely to form — Wisconsin, for example, as opposed to southern Florida. You probably figured that out on your own, though.

You've also surely seen the street signs that warn you of bridges freezing before roads. It's true, and the frozen water is likely to be black ice. Cold air and wind can circulate above, below, and all around a bridge or highway overpass, and there's no insulating ground beneath a bridge to help keep the temperature constant. Any little bit of water that's settled on the deck of the bridge can easily freeze into smooth, bubble-free black ice.

Black ice also likes to hang out where the sun don't shine. For people in crowded cities, that means tunnels and underpasses. Last night's commuters probably left a fine sheen of moisture from their tailpipes, which can easily freeze into black ice for your morning commute. Thanks, guys! For rural drivers, black ice is more likely to be under trees with branches that hang over the roadway. And everybody with a shaded driveway should beware of black ice before they even leave home.

Rural drivers also need to be aware that black ice can linger on the back roads. Cars and trucks on crowded streets, with their warm engines and tire friction, warm up and dry off roads pretty quickly. But if there haven't been many (or any) cars on a stretch of road, there might not be enough warmth to melt the ice.

Also note that official temperatures — the ones that scroll across your television screen in the morning — are taken at about five feet above the ground. So if it's, say, 37 degrees Fahrenheit (2.8 degrees Celsius) according to the meteorologist, the road surface may be at freezing. Beware the black ice!

I have only encountered black ice once myself, and I was merely a passenger. My high school friend Bridget was driving a car full of friends on a snow-blown road in our small town. The light, fluffy snow completely obscured a patch of black ice, and the car went sailing. It was a weird, kind of weightless feeling. Luckily, and kind of amazingly for a teenage driver, Bridget knew what to do. She took her foot off the gas and kept her hands firmly on the wheel. We slid into the nearly empty bowling alley parking lot, safe and unharmed — even the car. We all took a final deep breath, and then, as four high school girls are likely to do, we all freaked out a bit. It took a few minutes to calm down, but we did. Bridget put the car in drive and gave that slick spot a wide berth on the way out of the parking lot. 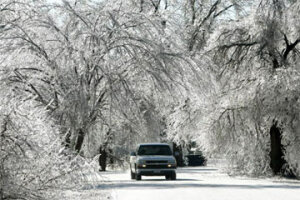 How Driving on Ice Works 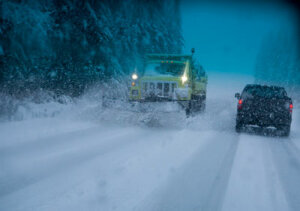 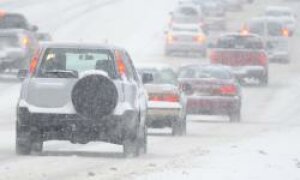 5 Common Mistakes You Should Avoid While Driving in the Snow