Aftermath of the July 30th, 2016 flood in Ellicott City when much of the debris from the flood ended up in the Patapsco River. Preservation Maryland, Used Under Creative Commons CC BY-SA 2.0

They don't call them "flash" floods for nothing. On May 27, 2018, the Patapsco River rose by more than 16.5 feet (5 meters) within three hours. This rapid spike came in the midst of a torrential downpour that instigated a massive flood in Ellicott City, Maryland. Located 10 miles (16 kilometers) west of Baltimore, the historic community lies at the bottom of a forested valley.

Winding through the area are four creeks in the Patapsco River system — including one that runs parallel to Main Street. The geographical situation makes Ellicott City vulnerable to abrupt changes in the water level. Less than two years ago, on July 30, 2016, there was another flash flood that inflicted millions of dollars in damages and claimed two lives.

Some residents think the 2018 sequel was even more devastating. Between the hours of 4 and 7 p.m., several feet of muddy water came roaring through the downtown area. Video footage taken during the disaster shows cars being swept away, and there are verified reports of collapsing buildings.

Eddison Alexander Hermond, a staff sergeant in the National Guard, was carried off by the deluge while trying to rescue a stranded woman. So far, Hermond is the flood's only known casualty.

When a catastrophe like this occurs, it's always followed by tough questions on emergency preparedness. A heated debate has arisen over what it'll take to minimize future flood damage in Ellicott City — and if the effort would be worth the expense.

Flash flooding problems like this are hardly limited to Maryland. Every year, flooding in general is responsible for more deaths around the world than any other type of natural disaster. Flash floods are particularly dangerous because of their signature trait: speed. The U.S. National Weather Service defines a flash flood as "a rapid and extreme flow of high water into a normally dry area, or a rapid water level rise in a stream or creek above the predetermined flood level." (That's the point at which the water spills out over the banks and covers dry terrain.) While certain types of flood can take days to unfold, the NWS notes that most flash floods break out in the span of six hours or less.

Dam failures and ice jams can both generate flash floods. However, these are usually the result of heavy rainfall that's sustained over a long period and doesn't get absorbed into the soil. The 2018 tragedy in Ellicott City was a textbook example. It's been a wet, rainy spring for the greater Baltimore area. This has left the ground around Ellicott City dangerously oversaturated.

Soaking up water is one of the main services provided by soil. Rainwater that doesn't get absorbed into the ground and instead flows over it is called "runoff." Let's say your hometown gets a sudden downpour. If the soil is already oversaturated with water when the rain starts falling, it won't be able to soak up much more of the liquid. As a result, there could be an awful lot of runoff — and that greatly increases the odds of a flash flood breaking out.

Yet if the soil is too dry, that can also be a problem. Dry dirt tends to be compact, which limits its ability to absorb water, as well. Another point worth mentioning is the fact that not all substrates are created equal: Loose, sand-based dirt has a much easier time soaking up rainwater than clay-heavy soils do. And then there's the added problem of urbanization. Manmade surfaces like concrete and asphalt are (for the most part) quite bad at absorbing even small amounts of rainwater.

With this information in mind, let's review the latest Ellicott City incident. The region got about 8.4 inches (21.3 centimeters) of rainfall during a three-hour stretch on May 27, 2018. An abundance of manmade roads and waterlogged soil led to significant runoff. Since the downtown area sits at a low point in a valley system, runoff from neighboring hills came racing toward it. At the same time, excess rainfall swelled up the local creeks. Add all those factors together and you've got a recipe for disaster. No wonder Ellicott City has flooded 16 times since 1817.

Alright, so what can be done about flash floods like these? Some communities utilize artificial ponds that capture runoff before it hits populated areas. Officials in Howard County (the home of Ellicott City) have decided to build a few of these and they're in the process of setting up flood-monitoring sensors at 16 locations around the regional watershed.

But perhaps more drastic action is needed: One idea calls for boring large tunnels through the nearby hills in order to redirect water away from the city. This measure is part of a major infrastructure overhaul that was proposed by the engineering firm McCormick Taylor. If implemented, the entire operation would cost an estimated $85 million.

Driving in floodwater is a terrible idea. The Centers for Disease Control says that more than 50 percent of all flood-related deaths involve drivers attempting to pass through moving water. Cars can get swept away by as little as 12 inches (30 centimeters) of flowing floodwater — and it only takes half as much to knock a pedestrian off his or her feet. 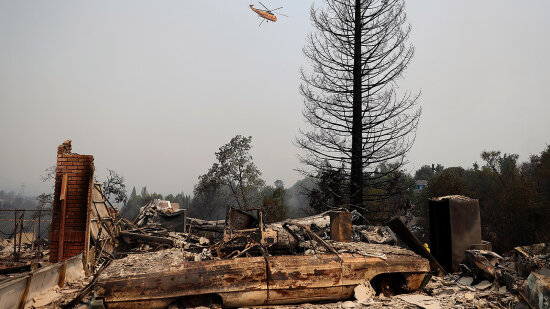 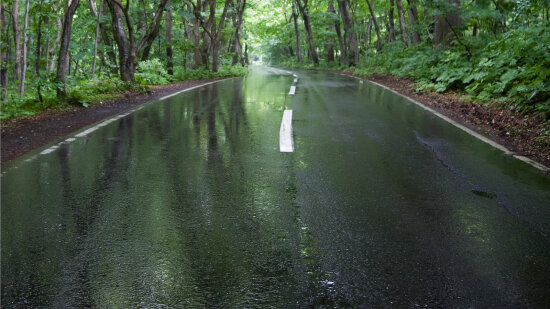 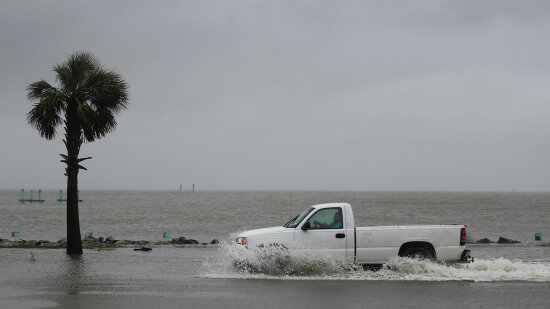