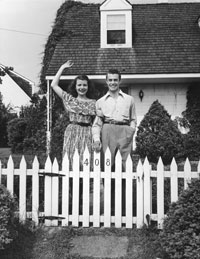 Depending on who you ask, urban sprawl is either the best thing that ever happened to growing families -- or the downfall of civilization and the environment as we know it. Though it has many definitions, urban sprawl is most simply defined as "the spreading out of a city and its suburbs over more and more rural land at the periphery" [source: SprawlCity]. In other words, sprawl happens when people abandon cities in favor of the suburbs, vast rural areas once home to wildlife and farms.

Joni Mitchell waxed philosophical in her hit song "Big Yellow Taxi" when she sang: "Don't it always seem to go/That you don't know what you've got till it's gone/They paved paradise/And put up a parking lot." To many, these lyrics are exactly what urban sprawl represents -- the desecration of untold acres of farmland fueled by capitalist ideals. However, to others, urban sprawl allows families to grab their own piece of the American Dream (no matter what part of the world you're in). So who exactly is right? Advocates of sprawl will tell you that sprawl also allows the opportunity to escape crowded cities that often have less than stellar public school systems and higher crime rates. The opposition counters that the impact of sprawl is far-reaching, causing serious air pollution, ruining animal habitats and drastically reducing green space, among other things.

According to experts, urban sprawl is a phenomenon that began in the United States, although it is now seen to a lesser but still significant extent around the world [source: European Environment Agency]. Sprawl dates back to the late 1800s, when suburbs popped up outside major cities on the East coast of the United States. It really began to flourish during the prosperous post-World War II years in the mid-20th century. Due to a housing shortage, development began in the outer-lying areas, and people followed suit. Between 1950 and 1990, the urban-suburban population in the United States increased by more then 200 percent, but the area occupied by these residents nearly quintupled [source: National Geographic]. Of course, big business followed suit in the form of gas stations, shopping malls, restaurants and big-box retailers, which heavily pepper the suburbs today. 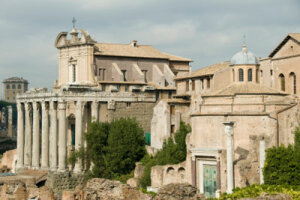 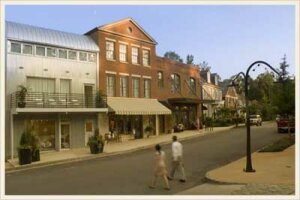 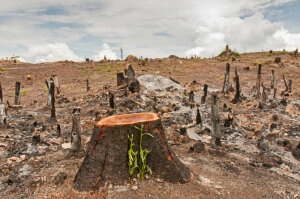