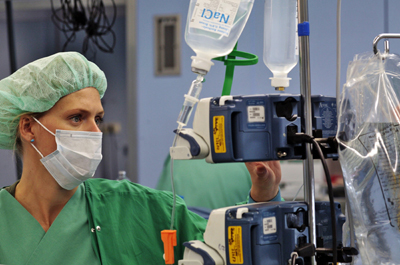 It's bad enough that redheads -- or gingers, as our British friends call them -- may one day be extinct. Now we find out that people with red hair need more anesthesia than other people, too. A 2002 study conducted by researchers at the University of Louisville in Kentucky, proved what anesthesiologists -- doctors who oversee the administration of anesthesia -- have believed for some time, that redheads are more difficult to knock out.

Researchers at the University of Louisville chose 20 test subjects -- all women aged 19 to 40 -- 10 were redheads, the other 10 were brunettes. The dark-haired subjects were in the control group.

The researchers chose only women to cut out any possibility of gender playing a role in the study. They also chose women whose menstrual cycles were in sync, since increases in hormones can also play a role in susceptibility to anesthesia.

All 20 women were given desflurane, a common gas anesthesia. After the anesthesia took effect, the researchers gave each woman electric shocks, using a voltage which a conscious person would have found "intolerable" [source: Medscape]. If the subject could feel the pain, the researchers increased the dosage of desflurane and continued to administer shocks until they got no response to the shocks.

The researchers' findings showed that the old anesthesiologists' adage is true: Redheads do require more anesthesia. In fact, it took an average of 20 percent more.

Anesthesiologists have a dangerous job, and it takes a large degree of skill to properly put someone under. Too little anesthesia, and you have a patient who may wake up as a result of the pain from the surgery. Patients may also be able to recall the surgery when they awaken. Conversely, too much anesthesia and the patient may overdose, slipping into a coma, or even dying.

So while the experiment may sound cruel, it provided anesthesiologists with useful information to treat their redheaded patients. The pain endured by the redheads in the University of Louisville experiment may result in less pain for millions of other redheads who must undergo surgery. This characteristic isn't found only in redheaded women, however. A 2004 study showed that redheaded men and women alike require more anesthesia than their counterparts [source: Consumer Reports].

So now we know that redheads need more anesthesia. Read the next page to find out about the role genetics play in making redheads tough to knock out.

Scientists may make genetic d­efects a thing of the past. This video from ScienCentral will show you how a pill may help correct genetic defects.­

The genes you get from your mother may dictate how susceptible you are to certain conditions and diseases, as you'll see in this clip from ScienCentral.

This video from MultiVu explains how a simple blood test may help end invasive prenatal tests for expectant mothers. 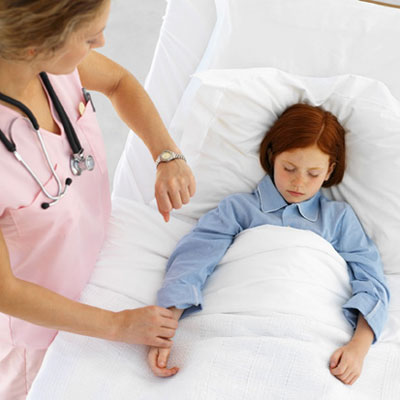 A mutation in the MC1R gene is responsible for red hair and a heightened sensitivity to pain.
George Doyle/Getty Images

It's something of a scary thought, but medical science is not totally sure exactly how anesthesia works. But the University of Louisville study has pulled back the curtain a bit on the mysterious inner workings of the higher brain. If redheads need more anesthesia than non-redheads, it probably has something to do with their genetic makeup. Luckily, geneticists have already figured out which gene is causing the anomaly.

The melanocortin-1 receptor (MC1R) gene is responsible for the production of pigments in the body. Redheads' bodies produce the red pigment pheomelanin in increased amounts, and underproduce the dark pigment eumelanin. It's because of the levels of these pigments that redheads have red hair and their skin doesn't tan well.

Beyond this, scientists can only speculate why the gene may have an effect on pain. One explanation could be that the MC1R gene is also involved in hormones that stimulate pain receptors in the brain. The same mutation that inhibits the production of one pigment and increases another could also overproduce a pain-related hormone, making redheads more sensitive to pain.

Another explanation suggests that the pigments themselves cause an increase in pain sensitivity. With the MC1R gene not functioning properly, the melanin doesn't have a receptor site to bind with. The pigments may seek other, similar receptors to bind to, such as the brain's pain receptors. The poor fit between the pain receptor and the pigment could overstimulate the brain's pain response, accounting for the increased need for anesthesia.

Researchers also found a link between this gene and increased sensitivity to pain in studies of mice. Lab mice with a mutated MC1R gene -- and a lighter fur color -- require more anesthesia to prevent pain than mice with a properly functioning MC1R gene.

So while geneticists are confident that the MC1R gene is directly related to pain, it's the space in between point A and point B that requires filling in. The University of Louisville study provided the first demonstrable link between a phenotype (a visible genetic trait) and anesthesia. Since anesthesia's effects on the brain aren't fully understood, studying the role genes play in these higher functions could answer questions about which regions of the brain are responsible for these functions.

It's also good news for another branch of medicine -- pharmacogenetics. This relatively recently created field studies how humans react differently to drugs, based on differences in their genes. Rather than simply using more general anesthesia to knock out a redhead -- and increase the risk of overdose -- future pharmacogenetic research may yield a totally separate anesthesia, one that's designed specifically for redheads.

For more information on redheads, genetics, anesthesia and related topics, read the next page.