If you step on a rusty nail, will you really get tetanus? 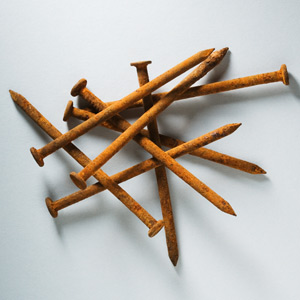 Though they're indispensable to any construction project, nails are so dangerous that it's a wonder that you don't need a permit to buy them at the hardware store. When trying to hammer a nail into its final destination, the risk of hammering a thumb instead is extremely high. Using a nail gun to place the nails isn't any safer; a simple Internet search will procure gruesome stories of nail gun-related injuries. And even when you're safely ensconced within your automobile, a nail can still produce danger and frustration in the form of a flat tire. But to many people, there is no nail more dangerous than the fabled rusty nail. Legend has it that stepping on a rusty nail will cause tetanus.

Tetanus is also known as lockjaw because one of the first symptoms is muscle contraction in the area around the mouth, which leaves the mouth rigidly frozen. Those muscle contractions can spread throughout the body, sometimes resulting in spasms so intense that they cause fractures [source: Brody]. Spasms can also result in difficulty swallowing or breathing, and other symptoms of the condition include drooling, irritability, fever and sweating. These symptoms usually start to appear one week after infection, though they may appear as soon as a few days after, or even a few weeks after infection. Without treatment, one out of three people die from tetanus [source: Medline Plus].

A tetanus vaccine is part of a standard vaccination regime for infants, but its effects can wear off over time. For that reason, adults are urged to get a booster vaccine every 10 years. Because many people stop getting these vaccines as the years go by, older people make up 70 percent of reported cases of tetanus [source: Brody]. But is a rusty nail the culprit? If so, why? And if not, what causes tetanus? 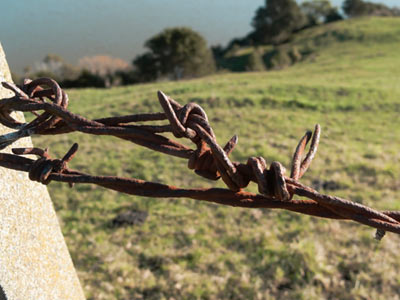 The old wives' tale is true -- stepping on a rusty nail has the potential to cause tetanus. But so can a perfectly clean nail, a sewing needle or a scratch from an animal.

Tetanus is caused by bacteria known as Clostridium tetani, which is commonly found in soil, dust and animal feces. Because of its presence in soil and manure, gardeners and others who work in agriculture are particularly at risk for exposure to this bacteria; indeed, some farmers may even have it on their skin. But city-dwellers aren't completely safe -- a dusty sidewalk or street may harbor just as many bacteria.

In the soil or on the skin, C. tetani isn't dangerous, because it can only reproduce in an oxygen-deprived setting. A puncture wound, such as one that might occur from stepping on a nail, can provide that breeding ground. Within the wound, C. tetani releases a neurotoxin known as tetanospasmin, which may be the second most powerful toxin after botulinum [source: Krasner]. It takes only a small amount of tetanospasmin, which causes tetanus's signature muscle contractions and spasms by affecting the nerves, to do the trick.

Rust is not in and of itself a C. tetani carrier; rather, the thinking goes that if the nail has been outside long enough to get rusty, then it's probably been exposed to soils containing the bacteria. The crevices of the rust give the soil a place to hide, and the deep puncture wound gives the C. tetani a place to do its work. Any injury related to puncture is reason for concern, though, no matter how clean the piercing object seemed to be. That includes gunshot wounds and knife stabbings.

But while deep wounds best provide that environment, don't shrug off surface injuries. Every injury, from sewing needle and gardening tool mishaps to animal bites and scratches, carries with it the potential for tetanus. People who perform their own tattooing or piercing are at risk, as are intravenous drug users.

If you do step on a rusty nail or suffer a similar injury, bear in mind that the spores of C. tetani are resistant to antiseptics that are used to clean wounds. You'll have to head to the hospital for an antitoxin known as tetanus immune globulin. The antitoxin must be administered soon after the injury as it can only attack circulating toxins, not the tetanospasmin which may have already attached itself to a nerve ending. Those who don't seek treatment face the risk of their entire body freezing up; the rigorous treatment regimen includes sedatives, muscle relaxers, days spent in a nonstimulating environment (which gives the nervous system time to recuperate) and possibly even surgery.

For more old wives' tales, see the next page. 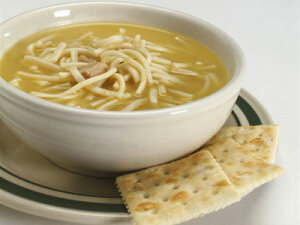 Should you really feed a cold?

Will an apple a day keep the doctor away? 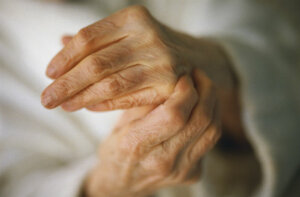 5 Old Wives' Tales About Your Health