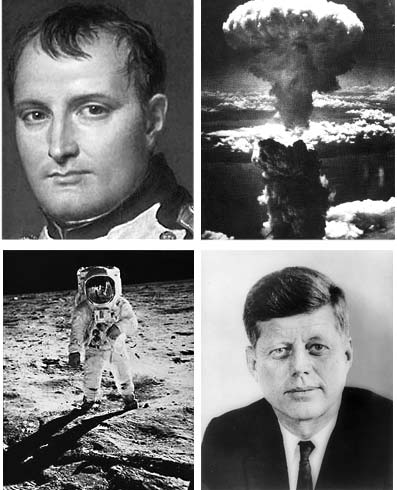 Nostradamus has been credited with predicting, among other things, the reign of Napoleon, the atom bomb, the moon landing and the assassination of John F. Kennedy.

When a momentous catastrophe occurs, people react in a variety of ways. One response is to seek out prophecies of the event -- inspired predictions that foretold its coming. These forecasts can be comforting because they suggest that the horrible incidents were inevitable, that they happened as part of a larger plan. Through the course of human history, there have been hundreds of notable prophets, but in the wake of modern tragedies, one name seems to pop up more than any other: Nostradamus.

Nostradamus has been credited with prophesying dozens of pivotal episodes in recent history, including the rise of Adolf Hitler, the assassination of John F. Kennedy and, most recently, the destruction of the World Trade Center towers. On the Internet, Nostradamus followers and hoaxers alike have put together detailed interpretations of Nostradamus' works, as well as fabricated passages.

In this article, we'll find out who Nostradamus was and what he did. We'll also look at the ongoing controversy surrounding Nostradamus, including his supposed prediction of the September 11 attack on the United States.