As conspiracy theories go, the Windsor Hum might not have the legs of, say, the gunman on the grassy knoll. But, like any good theory, it is a persistent little bugger.

You may know the backstory here: A disturbing noise, somewhere between a window-rattling bass and a brain-numbing deep thrum, is bugging the heck out of residents in the city of Windsor, Ontario, Canada, just across the Detroit River from Detroit.

After an investigation in 2013, scientists from the University of Windsor pinpointed the source of all that racket.

If that's not a creepy name seemingly drawn up for just such a mini-mystery, nothing is.

Zug Island is a highly guarded, smoke- and steam-belching, fire-spewing wasteland that sits downriver from Detroit. It looks, by most accounts and by the photos online, exactly what you'd think a steel mill on the River Styx would look like. It's Hades, USA, run by U.S. Steel.

"It's pretty well known that the island is an environmental hazard and has been for decades," says Gregory A. Fournier, an author who grew up in Ypsilanti, Michigan, 30 miles (48 kilometers) west of Zug Island. "But the area is cleaned up some, and some of the industries that dealt with chemicals and so on have been shut down and taken out of there. So there's not quite as much overt pollution as there used to be."

Fournier spent some time working on Zug Island in the late 1960s, shoveling coal and doing other hard labor. Years later, Fournier wrote "Zug Island: A Detroit Riot Novel," framed around the race riots of the time in Detroit.

The Origins of Zug Island

The island was originally marshland, Fournier explains in his blog, once envisioned as the future home of a grand mansion for Samuel Zug, a bookkeeper and furniture maker who later invested in real estate and went into politics. (The island, in fact, was not originally an island but rather a peninsula. In the late 1880s, Zug had a 60-foot, or 18-meter, wide canal cut through the south side of the property, connecting the River Rouge to the Detroit River, creating the island.)

Zug and his wife abandoned the idea of building, Fournier writes, saying "the marshland and natural sulfur spring on the site proved too much for them to endure." Zug died shortly after, and the Zug family sold the new island to industrialists, who backfilled it and used it for a dumping ground until iron works rose on the site in the first years of the 1900s.

It's been a place for heavy industry ever since, sometimes so polluting the air and water around it that it's spurred legal action. As recently as 2016, U.S. Steel paid a $2.2 million-dollar fine when the company settled in response to litigation charging that it had violated the Clean Air Act.

To the south of Zug Island is the city of River Rouge, which houses some 52 sites of heavy industry within a 3-mile (4.8-kilometer) radius. Twenty-two of those sites either produce over 25,000 pounds or handle more than 10,000 pounds (22,046 kilograms) of toxic chemical waste, according to a Medical Daily feature story.

Delray, the neighborhood just north of Zug Island, had a population of about 23,000 in the 1930 census, writes the Detroit Journalism Cooperative. It's down to a few thousand now, the victim of both the industrial pollution that has plagued it for more than a century, and the need for a new bridge that will serve as another link between Canada and the U.S.

"As industry concentrated here so did the pollution. The wildlife along the shore died off. River Road's trees stopped producing leaves in the spring. Powders from the factories would drizzle from the sky at night, leaving a thin film on houses and cars," said a piece from the Detroit Metro Times in 2009.

Tug boats line up along the Detroit River. The Zug Island bridge can be seen in the background of this 2009 photo.
Arthur Samuels Sr/Flickr (CC BY-ND 2.0)

The whole idea that a conspiracy is behind the Hum — the noise was first reported sometime in 2010 or 2011 — has made for some good "fake news," as some might put it. A show on the Syfy channel spent a big part of an hour looking into the Windsor Hum and whether the High-frequency Active Auroral Research Program (HAARP) — a former U.S. Air Force program, now run by the University of Alaska Fairbanks, that contains "the world's most capable high-power, high-frequency transmitter for study of the ionosphere" — has something to do with the noise.

Filmmaker Adam Makarenko has been chipping away on a crowdfunded feature for years — working title, "Zug Island, the Story of The Windsor Hum" — and promises, in an email, that "many things will come to light."

The fact is, though, there's a huge steel mill with lots of heavy machinery on Zug Island. Tons of machines, churning away day and night sometimes. Crushing and burning and ... making steel. Maybe all that heavy machinery has something to do with it?

That's what those scientists thought. From their report, authored by Colin Novak, a professor in the Mechanical, Automotive & Materials Engineering department at the University of Windsor:

... [T]he conclusion is that the Windsor Hum does exist and has both qualitative and quantitative characteristics that surmise the likely source of the Hum to be from the blast furnace operations on Zug Island. It is further concluded that the Hum is audible by a concentrated portion of Windsor's west end community and other nearby residential areas. The conclusions are reinforced by the periodical nature of the Hum noise, which has been observed and measured by the researchers and coincides with the observed irregular operations associated with the steel making operations on Zug Island.

Setting the conspiracy theories aside, what many lose sight of is that, through all the literal smoke and noise, the Hum is real. And it has a real effect on people.

"Imagine this," Brian Masse, a member of the Parliament of Canada who represents Windsor, says. "If you're in your apartment, or you're in your house, and your neighbor has a boom box going playing some type of music that you do not appreciate on a regular basis, and it happens indiscriminately, and it happens at a time when you're trying to enjoy your privacy, or you're entertaining or having people over, or you're trying to get a good night's sleep to prepare for your job the next day. This type of uncertainty in itself is a threat, let alone the activity itself."

Masse is big on Canada-U.S. relations. He's served 12 years as a vice chairman of the Canada-United States Inter-Parliamentary Group and has co-chaired the All-Party Border Caucus. He's a big fan of U.S.-Canada trade. He's a Detroit Lions season ticket holder.

He gets both sides of an issue that (probably) starts in the U.S. but deeply affects people on his side of the border.

"I think the first step is to make sure that we know exactly the full science and the understanding of where the problem emanates from and how it is created, and working back from that," Masse says. "I don't think anybody here is suggesting we shut down U.S. Steel in any capacity. We come from the auto manufacturing part of Canada, the nation's leader. We understand the challenges of living in an industrial zone, next to residential and so forth. We prefer a practical approach. But you can't get there when somebody puts their head in the sand on the issue and tries to ignore it.

"The stronger we are together, the better. I don't believe that can be accomplished by basically ignoring each other."

NOW THAT'S INTERESTING
Author Gregory A. Fournier believes the real culprit behind the Windsor Hum might be the Detroit salt mines, some 1,500 acres (607 hectares) and 100 miles (161 kilometers) of roads that sit 1,160 feet (354 meters) underneath the suburbs of Dearborn and Allen Park, a little west-southwest of Zug Island. "What they do," Fournier says, "every night, they set dynamite charges, the day shift comes in and the skip loaders load it up and put it in conveyor belts and haul it up to the surface." 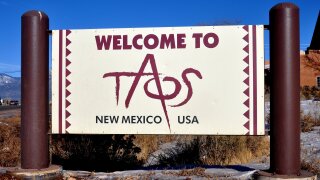 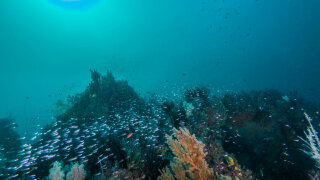 We've Finally Recorded the Hum at the Bottom of the Sea 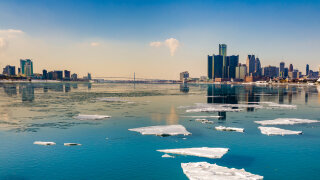