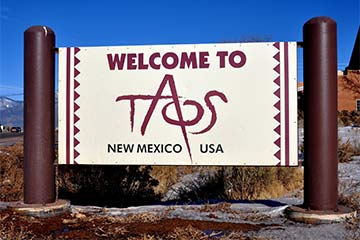 It starts every night around 10 p.m., just when you're about to fall asleep. The sound is hard to describe, a persistent low rumble like an 18-wheeler idling outside your window. But when you pull the curtain, there's nothing there.

Your wife thinks you're crazy — she and the neighbors don't hear a thing — and the doctor has ruled out tinnitus. But here you are, night after sleepless night, stuffing wads of tissue in your ears to block out the maddening sound. The more you try to ignore it, the louder it seems to get. Maybe you really are going crazy. Or maybe that's just what "they" want you to think!

All around the world — in locations as far-flung as an Australian beach town, an English country village and a desert outpost in New Mexico — thousands of people are being terrorized by a mysterious incessant noise known as the Hum.

Hum sufferers describe a low-frequency buzz accompanied by a rumbling vibration. It's worst at night, making it almost impossible to sleep. Other symptoms include debilitating headaches, nausea, nosebleeds and diarrhea. In one tragic case in England, the Hum drove a person to suicide [source: Alexander].

The Hum has baffled researchers since the 1970s, when the first widespread reports of the unexplained acoustic phenomenon cropped up in rural England. Armed with highly sensitive instruments, teams of scientists have attempted to hunt down the source of the unrelenting noise. The results? Inconclusive.

Theories abound to explain the origins of the Hum, from the plausible — power lines, cell phone towers and industrial fans — to the more, uh, imaginative. Conspiracy theorists have exposed the Hum as the work of the CIA, the military, and of course, aliens.

So what exactly is this mystifying noise, unheard by most, but an absolute torture to some? Does the Hum have an environmental origin or is it, in fact, all in their heads?

We'll start our investigation by exploring some Hum hotspots around the globe and figuring out what the strange phenomena have in common.

Hums Around the World 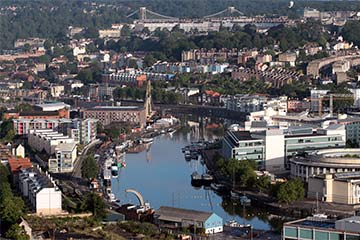 Bristol, England is the site of the first hum to be linked to a city; it's called the Bristol Hum.
Matt Cardy/Getty Images

The earliest widespread reports of something resembling the Hum originated in England as early as the 1940s and 1950s, when pockets of concerned citizens across Britain started reporting a mysterious "humming, droning and buzzing sound" [source: Deming].

The "Bristol Hum" was the first outbreak to be linked to a specific city, in this case the southern English town of Bristol. In the late 1970s, a series of articles about the Hum in the U.K. newspaper the Sunday Mirror triggered a flood of mail from readers across Britain who had been suffering from the same maddening sound [source: Deming].

News of the Hum made enough noise — pun absolutely intended — to attract the first serious researchers. In a 1977 volume of the scientific journal Applied Accoustics, two researchers explored a "particular environmental noise phenomenon which appears to be a cause of real and severe disturbance to certain people" [source: Vasudevan and Gordon]. Their best guess was low-frequency sound waves generated by distant industrial sources.

Another famous hum began plaguing the residents of the coastal Scottish town of Largs in the late 1980s. It was the same low-pitched drone, inaudible to most, but debilitating to a sensitive few. The "Largs Hum," like other hums, is loudest indoors and at night, and can trigger nosebleeds, crippling headaches and chest pains in the worst cases [source: Barton].

In the U.S., the first large-scale outbreak of the Hum occurred in Taos, an artist's enclave in New Mexico. In the early 1990s, distressed Taos residents complained to their local and state representatives, eventually prompting an official Congressional investigation [source: Mullins and Kelly]. In 1994, Joe Mullins, mechanical engineering professor emeritus of the University of New Mexico, led a team of acoustic researchers and hearing scientists from nearby Los Alamos National Laboratory and Sandia National Laboratories to hunt down the source of the Hum [source: Mullins and Kelly].

Again, the research team's results were inconclusive — people were clearly suffering from the same tormenting sound, but investigators had no idea where it was coming from, and why it only affected 2 percent of the population [source: Mullins and Kelly].

A similar research effort was conducted in the sleepy Indiana town of Kokomo, where residents claimed that the Hum was so powerful it could make dead leaves "dance" on the ground and cause light bulbs to explode [source: Deming].

So who is more likely to be affected? In Britain, 75 percent of the Hum hearers were women, middle-aged and older, but in Taos, the hearers were almost evenly split between older men and women [source: Deming].

As to what is causing the Hum, there's no shortage of explanations.

Sources of the Hum

We live in a world saturated by noise. From the drone of passing traffic to the incessant "dinging" of our smartphones, we are surrounded by acoustic pollution. When researchers were dispatched to Taos, New Mexico, they tuned their acoustic measuring equipment to the lowest audible frequencies, between 8 and 80 Hz [source: Mullins and Kelly]. These are the ultra-bass frequencies that register more as a rumble and a throb than a perceptible tone. But investigators were unable to isolate a single environmental source that emitted tones at that frequency.

In Kokomo, acoustic consultants tracked down two possible culprits, a compressor station and an industrial fan. But when both machines were powered down, locals claimed that the Hum hummed on [source: Deming]. In 2014, researchers in Windsor, Ontario, may have isolated a local hum to the blast furnace of a steel plant on Zug Island in nearby Michigan. But as of early 2015, they needed to confirm this with U.S. Steel [source: Pearson].

However, local industrial sources don't explain the worldwide prevalence of the Hum. What else could produce such powerful and pervasive low-frequency tones? What about long-distance radio transmissions? There's a network of radio transmitters called LORAN (long range radio navigation) that broadcasts low-frequency signals as a form of primitive GPS. Skeptics point out that if LORAN was the culprit, then we would have more reports of the Hum closest to LORAN towers. Also, LORAN broadcasts 24/7, but Hum sufferers mostly complain of the noise at night [source: Deming].

A more intriguing possibility is TACAMO aircraft, military planes that employ radio frequencies in the lowest end of the spectrum to communicate with submerged submarines. The planes operate at night, and their movements are top secret. Hum hearers in Largs, Scotland have long believed that their particular hum originates from the local naval base [source: Barton]. The TACAMO theory might also explain why many Hum sites are on the coast. For example, residents in the tiny Massachusetts coastal towns of Nahant and Hull can hear the Hum, while it goes undetected in nearby Boston [source: Deming].

Conspiracy theorists have dreamed up all kinds of wild stories for the source of the Hum, including a large-scale mind-control scheme executed by the U.S. and U.K. governments. Others believe that regardless of its source, the hum is dangerous enough to drive people temporarily insane, and is a possible cause of mass shootings in the U.S. [source: Keller].

Of course, there's one more theory about the source of the Hum — it's all in our heads!

The Hum and Serial Killers

One intriguing theory is that the Hum may be responsible for some recent mass killings in the U.S. Adam Lanza, the killer behind the 2012 Newton, Connecticut school shootings, lived in an area that was home to the "Connecticut Hum." Aaron Alexis, who killed 12 people at the Washington Naval Yard in 2013, had written "My ELF Weapon" into the stock of his shotgun. ELF can stand for "extremely low frequency." A mentally ill person who can also hear the Hum might go over the edge [source: Keller]. Listen to a recording of the Auckland Hum.

The Hum in Our Heads

Since acoustic researchers have failed to find a single measurable environmental source for this worldwide phenomenon, it's fair to ask: Is the Hum some kind of mass delusion?

Not likely, says David Deming, a geosciences professor at the University of Oklahoma who wrote a comprehensive paper on the Hum in 2004. In previous cases of mass delusion — like the witch hunts that erupted across Europe in the 15th and 16th centuries — the perpetrators had something to gain by joining the mad throngs, namely improved social status. But the people who claim to hear the Hum having nothing to gain; some have even abandoned homes in a desperate effort to escape the noise [source: Deming].

What about tinnitus? As many as one in five people suffer from some degree of tinnitus, or ringing in the ears [source: American Tinnitus Association]. Maybe the Hum is literally in our heads. Again, not likely. Tinnitus suffers generally report a persistent ringing — both day and night — that registers in the highest audible frequencies, not the absolute lowest. There are types of tinnitus that sound like a hissing or static, but none that resemble a rumbling drone.

Another interesting theory is that Hum sufferers may simply have exceptionally sensitive hearing in the ultra-low-frequency range of 20 to 100Hz [source: Mullins and Kelly]. But if no acoustic instruments have been able to record the Hum, then what is it exactly that these sensitive ears are hearing?

Dr. David Baguley, head of audiology at Addenbrooke's Hospital in England, has researched the Hum for years, and blames the phenomenon on sensitive brains, not ears. Our sense of hearing is greatly heightened in times of stress, Dr. Baguley explained to BBC News in 2009. The brain cranks up the volume to detect the slightest threatening sound.

In the case of the Hum, Dr. Baguley believes people hear about the phenomenon in newspapers and around town and begin to fixate on a perceived noise. The incessant sound becomes a source of increasing frustration, disrupting sleep, and causing additional stress, which tricks the brain into turning up the volume even further. The solution, then, is to convince the brain to back down. With his own Hum patients, Dr. Baguley has found some success with simple relaxation techniques borrowed from psychology [source: Alexander].

What's that ringing in your ears? It's the sound of curiosity! For lots more fascinating facts about unexplained paranormal phenomena, check out the related HowStuffWorks articles on the next page.

Author's Note: How the Hum Works

Never underestimate the power of suggestion. I, myself, am a highly suggestible individual, especially when it comes to my health. The second one of my kids sneezes or complains of a sore throat, my nose begins to tickle. Ten minutes later, there's a lump in my throat. By the end of the day, I'm standing in the bathroom with a flashlight trying to detect white dots on my tonsils. As a side effect of my acute hypochondria, my wife refuses to tell me if she's feeling sick. She knows that the very thought of illness is more contagious to me than actual germs. I'm just glad I don't live in towns like Taos or Largs. If people started complaining about a low rumbling hum at night, I can very easily see myself lying in bed, wide awake, craning my ears for a nonexistent noise. "Honey, do you hear that?"