Browse the article What's a "thinking cap" -- and could it make me a genius? 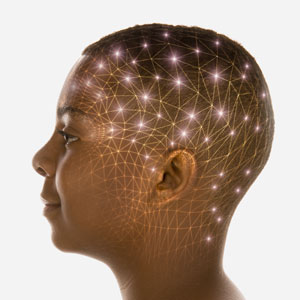 ­You couldn't have graduated from elementary school without a teacher instructing you at least once to "put on your thinking cap" to focus and reflect on a particularly difficult problem or question. What did your thinking cap look like? Did yours have a wide brim like a ten-gallon hat? Did it have a chin strap like a football helmet?

Did it look like a shower cap with a bundle of magnetic wires tucked inside? No? That's ironic, because the only thinking cap that could possibly improve your mental abilities actually does look like that. That piece of headgear is used to conduct a process known as transcranial magnetic stimulation (TMS). Originally designed to examine patients' brain function during cranial surgery, it uses focused magnetic pulses to suppress or enhance the brain's electrical functions, depending on their frequency and the magnetic bundle's placement against the skull. It's not a thinking cap, per se, but it does produce some strange cognitive changes in people who wear it. Researcher Allan Snyder, who became curious about TMS after he heard of some strange cognitive malfunctions it's produced during cranial surgery -- like speech impediments -- calls TMS a "creativity-amplifying machine" [source: Osborne]. When Snyder began to use TMS on average people, he found some extraordinary results.

Snyder discovered that about 40 percent of the people he exposed to TMS pulses displayed artistic and quantitative abilities that didn't seem to have been present before. Participants' styles of drawing were altered, and some participants' ability to proofread for grammatical errors improved dramatically [source: Phillips]. Others recognized prime numbers by sight after undergoing TMS [source: Osborne]. TMS isn't likely to make a genius out of an average person, h­owever. The effects of the magnetic therapy appear to wear off after about an hour [source: Matyszczyk].

­We know it's possible to decrease brain function; sedatives can impair cognitive abilities, for example. But improving cognitive functions through external means -- even temporarily, as Snyder has done -- represents a radical change in our understanding of how the brain works. 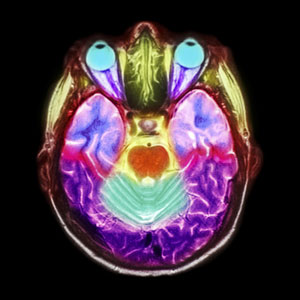 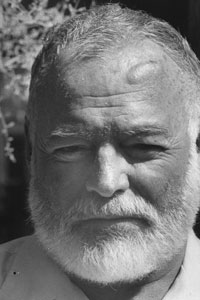 The explanation may lie in a condition shared by highly creative people and those with hallucinatory mental illnesses like schizophrenia -- low latent inhibition (LI). Each of us is constantly assaulted with sensory information; that raw data which Snyder believes autistic savants have trouble converting into mindsets. Humans and other primates have evolved enough to weed through this information and consider only what we need to survive, to perform a necessary task or to consider data we haven't already catalogued. The other information is unconsciously discarded, filtered through the process of latent inhibition. It's why we tend not to latch onto the constant buzzing of fluorescent lights overhead or compile snippets of conversations in crowded restaurants into a senseless whole.