What if I touched dry ice? 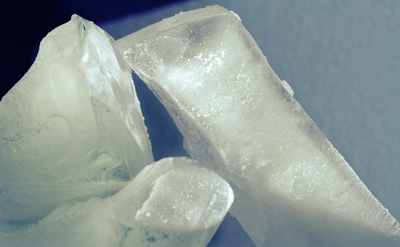 While dry ice looks like it would be cold, it's extremely dangerous to the touch and can cause severe burns.
Photographer: Kivig | Agency: Dreamstime.com

Dry ice is frozen carbon dioxide. It has the very nice feature of sublimation -- as it melts, it turns directly into carbon dioxide gas rather than a liquid.

If you ever have to handle dry ice, you want to be sure to wear heavy gloves, because a block of dry ice has a surface temperature of -109.3 degrees Fahrenheit (-78.5 degrees C). The super-cold surface temperature can easily damage your skin if you touch it directly.

It's actually a lot like if you were to touch the handle of a hot pot or pan without an oven mitt. If you did this for less than a second -- so that you simply felt the heat and quickly pulled your hand away -- then at most your skin would be a little red. However, if you were to grab a hold of the handle tightly for a couple of seconds or more, chances are you would get a pretty nasty burn. The heat kills the skin cells.

It's the same with dry ice. Dry ice actually freezes your skin cells. The resulting injury is very similar to a burn and should be treated with the same medical attention. For the same reason you never want to taste or swallow dry ice. This would be like drinking something that was scalding hot and you would risk damaging your mouth, throat and part of your esophagus.

How Perfume Works
It's Elementary: The Periodic Table Quiz
The Ancient Element Bismuth Is the Pink in Today's Pepto-Bismol