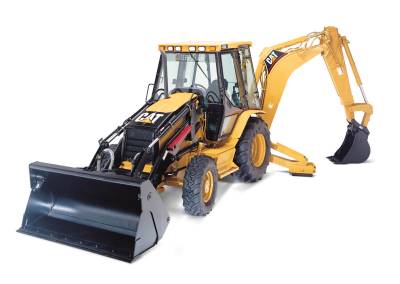 If you were to ask a large group of people what they could tell you about backhoe loaders, a lot of them wou­ldn't know what you were talking about. But if you showed them a picture of one, almost everybody would understand what you meant. We've all seen backhoe loaders, commonly called backhoes. They are used for a number of different jobs and are often the only piece of heavy equipment at a construction site. We pass them on the side of the road all the time. But even somebody who has passed by dozens of backhoes may not know that much about them. What exactly do they do? Why are they used for so many different sorts of construction projects? How can they dig such big holes in such a short amount of time? How strong are they?

In this article, we'll look at what backhoes can do, examine the machinery that makes this work possible and show you how workers actually control a backhoe. The next time you pass a backhoe loader working alongside the freeway, you'll know exactly what it's doing!