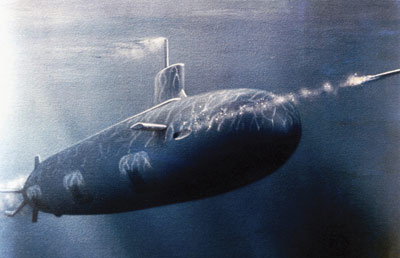 Torpedoes either use batteries and an electric motor or a special kind of fuel to propel themselves.
Purestock/Getty Images

A torpedo is essentially a guided missile that happens to "fly" underwater (see How Cruise Missiles Work for details on missiles). A torpedo therefore has a propulsion system, a guidance system and some sort of explosive device. Torpedoes can travel several miles on their way to the target, and therefore they need a propulsion system that can run for 10 to 20 minutes.

Most missiles that fly through the air use either rocket engines or jet engines, but neither of these work very well underwater. Torpedoes use one of­ two techniques for propulsion:

Why Chuck Yeager Might Be the Greatest Pilot of All Time
As New Personal Transports Arrive, Let's Acknowledge What the Segway Got Right
Dutch Police Are Training Eagles to Capture Drones Right Out of the Sky