Browse the article How Do Airline Pilots Know Turbulence Is Coming Up? 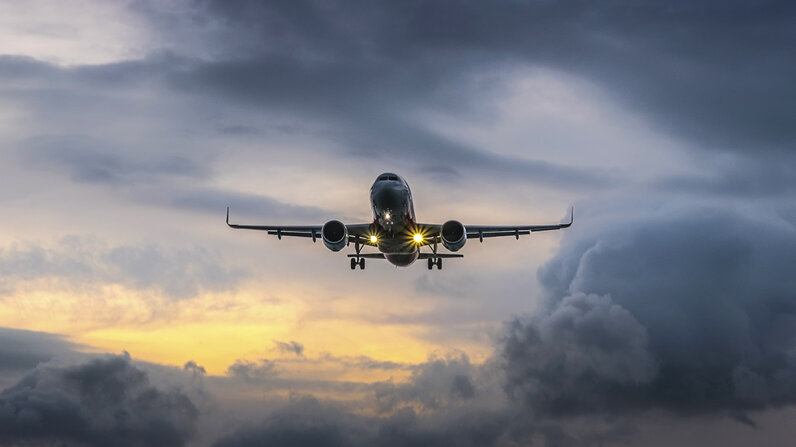 Hopefully, you'll never be on a plane that's caught in an unexpected stretch of severe turbulence, such as a recent ill-fated Aeroflot flight from Moscow to Bangkok, in which at least 27 passengers reportedly suffered injuries that included broken bones.

Most turbulence incidents aren't anywhere near that severe or dangerous. The Federal Aviation Administration recently reported 44 injuries due to turbulence in 2016. That's not a lot, when you consider that 932 million passengers flew on domestic airline flights that year. According to a USA Today analysis of the data, aside from a passenger who suffered a fractured vertebra on one flight, most serious injuries were sustained by flight attendants who were thrown around while they were standing.

One reason why there are relatively few turbulence injuries, undoubtedly, is that airline pilots are pretty good at figuring out in advance that turbulence is coming up, and then warning passengers ahead of time. If you've ever been on an airline flight, you've most likely heard the public-address system give off that little ding, followed by a flight attendant informing you that the captain is asking passengers to get back in their seats and put on their safety belts.

So how do pilots predict that the air is about to get bumpy? They have multiple sources of information that they can rely on in predicting turbulence, and in many cases, they're able to minimize its effects or even avoid a turbulent area of the sky completely, according to Ron Carr. He's a veteran U.S. Air Force pilot who went on to fly for American Airlines for 16 years, and now is an associate professor in the department of aeronautical science at Embry-Riddle Aeronautical University.

Carr explains that there actually are three types of bumpy air that airliners encounter. The first is convective turbulence, the sort that occurs when a thunderstorm generates powerful up and down drafts of air. There's also mountain wave turbulence, which is caused when air flows over the tops of mountains and creates waves, the way that waves in the ocean will break due to an underwater reef. Finally, there's something called clear air turbulence, which is created when a mass of warm air collides with a cold-air mass. (Here's a 2009 Popular Science article that describes them all in more detail.)

Carr says that measures to avoid a rough ride actually start on the ground before takeoff, where dispatchers and meteorologists work together to come up with the smoothest, safest route for a flight based on what they know is going on in the atmosphere at the time, and what's predicted to happen.

Pilots have onboard equipment to track weather, but they also rely on reports from air traffic control and other pilots in the region.
Nicolas Economou/NurPhoto/Getty Images

Once a plane is in the air, the flight crew has a weather radar display in the cockpit to provide the latest info on conditions ahead. "Thunderstorms are going to generate turbulence—no doubt about that," Carr says. "They can pretty well predict those."

The image on the screen is displayed in three colors that show the amount of precipitation, a good indicator of convective turbulence. Green indicates light to moderate turbulence, yellow shows an area where it's likely to be rougher, and red signifies areas that should be avoided.

Normally, pilots will deal with thunderstorms by simply altering their route to avoid them, but sometimes, when multiple storms are lined up in a row and a course deviation would require too much fuel, a pilot may pick the weakest storm area to fly through. In those instances, the passengers are going to be advised to return to their seats and buckle up.

It's possible to anticipate mountain wave turbulence as well. There are charts and maps that predict it, and when flying near a mountain range such as the Rockies, a pilot also can look out the window and study the cloud formations — the presence of lens-shaped lenticular clouds at the plane's altitude, for example, is a tipoff that a bouncy ride could be ahead.

Clear air turbulence — the sort that apparently banged the Aeroflot plane around — is more difficult to predict. Weather charts can show where air masses of different temperatures might collide, but as Carr says, "it's not an exact science." That's why flight crews also rely on warnings from other pilots who've recently flown in an area. In some cases, they actually may hear warning over the radio from a plane that's ahead of them. More often, they rely upon pilot reports — PIREPS, in aviation lingo — that are made to air traffic control, which then relays the information to whomever is flying into an area with turbulence. (The website Turbulenceforecast.com offers this chart showing recent PIREPS about turbulence.)

According to Carr, pilots may get turbulence warnings anywhere from five to 10 minutes in advance if they're listening to a plane ahead of them, and up to 20 minutes in advance if the notifications are coming from air traffic controllers. That often gives pilots a chance to request permission to make a maneuver to avoid the worst of the turbulence, such as deviating from course to the left or right, or ascending or descending in altitude. Afterward, they can request permission to return to their original track.

But even with those maneuvers, a plane may still encounter some bumpiness. And that's why passengers hear that instruction to buckle up. "If we're expecting any turbulence at all, or even the slightest chance, we're going to get the flight attendants seated and the passengers belted," Carr says.

The most reliable strategy for safety during turbulence may be the simplest: buckle up!
WIN-Initiative/Neleman/Getty Images

And it's important to follow those instructions. Turbulence isn't necessarily a danger to the aircraft, since modern planes are designed for resilience, and pilots can slow down to reduce the effect of the forces to which they're subjected. But it can be a danger to passengers who aren't strapped in, Carr says.

"Most injuries in turbulent conditions are because people are caught without seatbelts," he says. "Just leave it on. It would save a lot of injuries if people did that. If you're not strapped in, you're going to take some real quick flying lessons. And then when gravity takes over, that's going to hurt."

Now, That's Interesting
According to a 2016 study by Paul D. Williams, an associate professor in the meteorology department at the University of Reading, clear air turbulence could increase significantly in the future because of climate change.