Browse the article How Alcohol Works 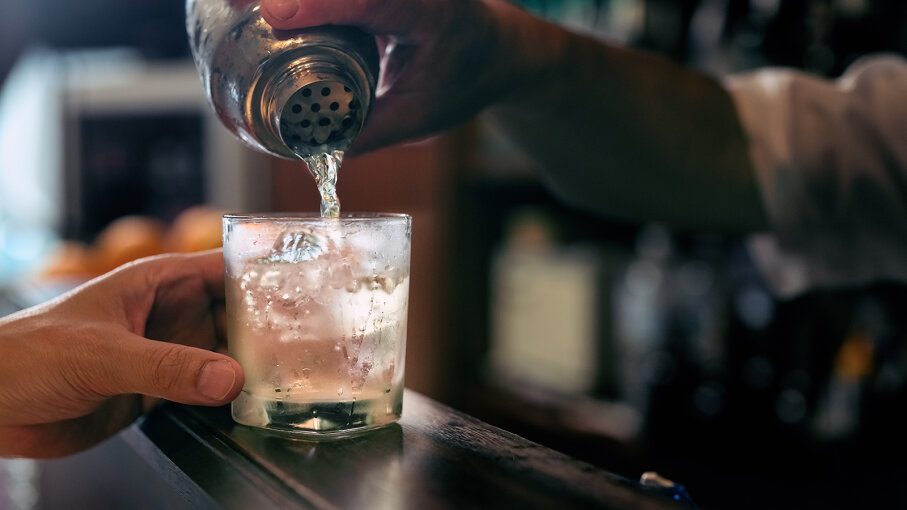 More than half of the global the population in three regions — the Americas, Europe and Western Pacific — drinks alcohol. Yoshiyoshi Hirokawa/Getty Images

According to the 2016 data from the World Health Organization (WHO), 2.3 billion people are drinkers. And more than half of the global the population in three regions — the Americas, Europe and Western Pacific — consumes alcohol. Beer remains the most popular alcohol choice for American adults, who drank 26.4 gallons (99.9 liters) of it in 2017, but wine, spirits, and more are still popular choices among drinkers. About 31 percent of adults are considered "abstainers" who haven't had drinks in the last 12 months, but the fact is undeniable: Alcohol is an amazingly popular social phenomenon.

If you have ever seen a person who has had too much to drink, you know that alcohol is a drug that has widespread effects on the body, and those vary from person to person. People who drink might be the "life of the party" or they might become sad and weary. Their speech may slur and they may have trouble walking. It all depends on the amount of alcohol consumed, a person's history with alcohol and a person's personality.

Even though you have seen the physical and behavioral changes, you might wonder exactly how alcohol works on the body to produce those effects. What is alcohol? How does the body process it? How does the chemistry of alcohol work on the chemistry of the brain? In this article, we will examine all of the ways in which alcohol affects the human body. 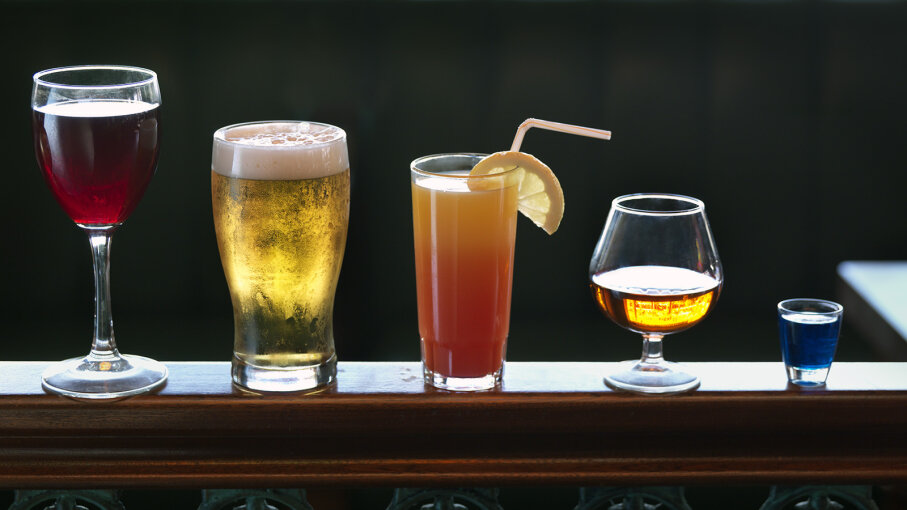 Alcohol is available in a variety of forms, including wine, beer, liquor, whiskey and even moonshine. Henrik Sorensen/Getty Images

In order to understand alcohol's effects on the body, it is helpful to understand the nature of alcohol as a chemical, so let's take a look.

Alcohol can be made by three different methods:

The type of alcohol found in alcoholic beverages is ethyl alcohol or ethanol. The molecular structure of ethanol is C2H6O. It can also be written as CH3CH2OH or C2H5OH.

In this structure, C is carbon, H is hydrogen, O is oxygen. The OH (O-H) group on the molecule is what gives it the specific chemical properties of an alcohol. For the remainder of this article, when we say "alcohol," we mean ethanol.

You will not find pure alcohol in most drinks; drinking pure alcohol can be deadly because it only takes a few ounces of pure alcohol to quickly raise the blood alcohol level into the danger zone. For various types of beverages, the ethanol concentration (by volume) is as follows:

How Alcohol Enters the Body 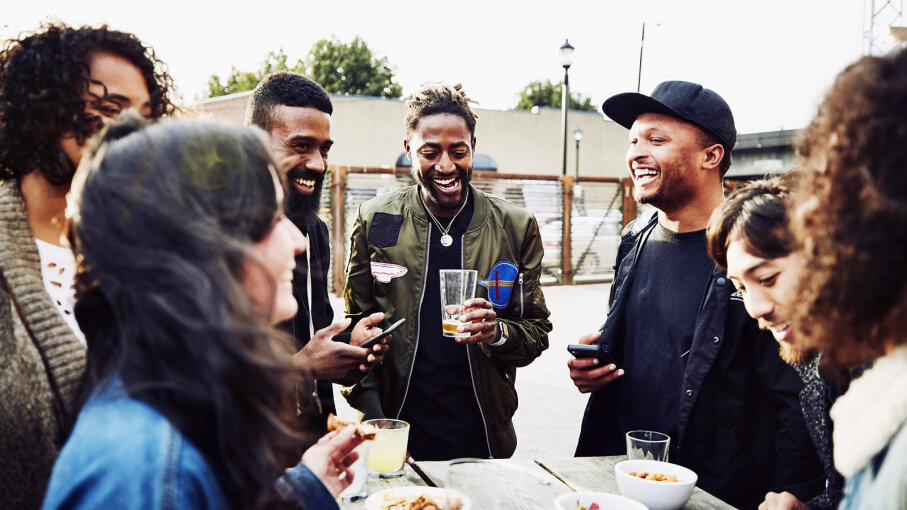 When a person drinks an alcoholic beverage, about 20 percent of the alcohol is absorbed in the stomach; the rest is absorbed via the intestines. Thomas Barwick/Getty Images

After absorption, the alcohol enters the bloodstream and dissolves in the water of the blood. The blood carries the alcohol throughout the body. The alcohol from the blood then enters and dissolves in the water inside each tissue of the body (except fat tissue, as alcohol cannot dissolve in fat). Once inside the tissues, alcohol exerts its effects on the body. The observed effects depend directly on the blood alcohol concentration (BAC), which is related to the amount of alcohol the person has consumed. A person's BAC can rise significantly within 20 minutes after having a drink.

Alcohol in Men vs. Women

When you compare men and women of the same height, weight, and build, men tend to have more muscle and less fat than women. Because muscle tissue has more water than fat tissue, a given dose or amount of alcohol will be diluted more in a man than in a woman. Therefore, the blood alcohol concentration resulting from that dose will be higher in a woman than in a man, and the woman will feel the effects of that dose of alcohol sooner than the man will.

How Alcohol Leaves the Body

Once alcohol is absorbed into a person's bloodstream, it leaves the body in three ways:

As a rule of thumb, an average person can eliminate 0.5 ounces (15 ml) of alcohol per hour. So, it would take approximately one hour to eliminate the alcohol from a 12 ounce (355 ml) can of beer.

The BAC increases when the body absorbs alcohol faster than it can eliminate it. So, because the body can only eliminate about one dose of alcohol per hour, drinking several drinks in an hour will increase your BAC much more than having one drink over a period of an hour or more.

The breakdown, or oxidation, of ethanol occurs in the liver. An enzyme in the liver called alcohol dehydrogenase strips electrons from ethanol to form acetaldehyde. Another enzyme, called aldehyde dehydrogenase, converts the acetaldehyde, in the presence of oxygen, to acetic acid, the main component in vinegar. The molecular structure of acetic acid looks like this: CH3COOH.

When ethanol is oxidized to acetic acid, two protons and two electrons are also produced. The acetic acid can be used to form fatty acids or can be further broken down into carbon dioxide and water. 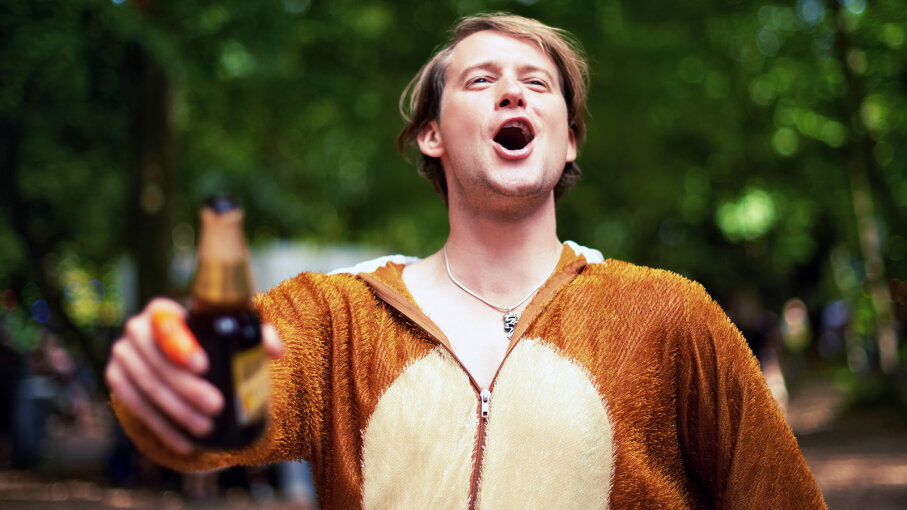 Someone who's blood alcohol content is between 0.03 to 0.12 percent probably has impaired judgement and they may be more impulsive than if they were sober. PeopleImages/Getty Images

If you have seen someone who has had too much to drink, you've probably noticed definite changes in that person's performance and behavior. The body responds to alcohol in stages, which correspond to an increase in blood alcohol concentration.

Blood alcohol concentration (BAC) refers to the percent of alcohol in a person's blood stream. A BAC of .10 percent means that an person's blood supply contains one part alcohol for every 1,000 parts blood. As we already mentioned, several affect BAC, including body weight, biological sex, how many drinks the person has consumed (and how fast), medications and more. But the body responds to the level of alcohol in the blood, too:

How the Body Responds to Alcohol

Alcohol affects various centers in the brain, both higher and lower order. The centers are not equally affected by the same BAC — the higher-order centers are more sensitive than the lower-order centers. As the BAC increases, more and more centers of the brain are affected.

The order in which alcohol affects the various brain centers is as follows:

Alcohol and the Brain 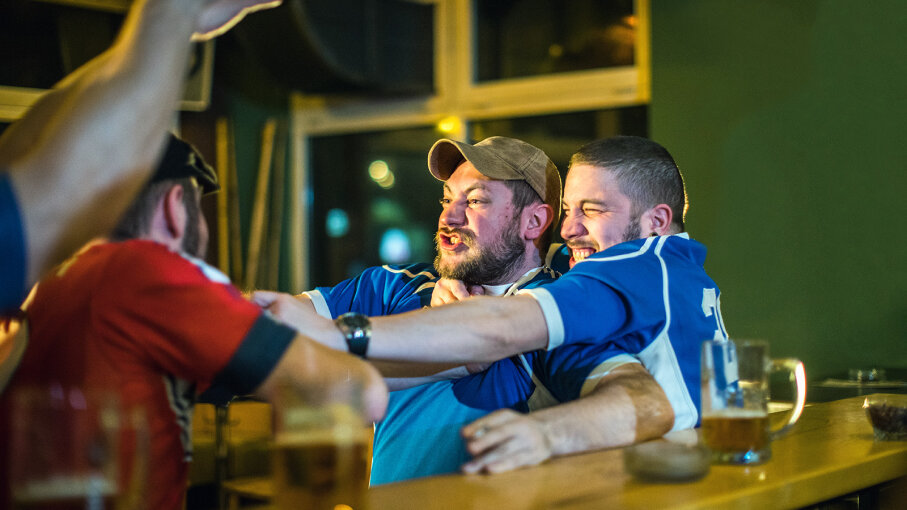 Alcohol affects areas of the brain that control emotions, including anger and aggressiveness, which can sometimes lead to bad results. miodrag ignjatovic/Getty Images

The cerebral cortex is the highest portion of the brain. The cortex processes information from your senses, does your "thought" processing and consciousness (in combination with a structure called the basal ganglia), initiates most voluntary muscle movements and influences lower-order brain centers. In the cortex, alcohol does the following:

These effects get more pronounced as the BAC increases.

The cerebellum coordinates the movement of muscles. The brain impulses that initiate muscle movement originate in the motor centers of the cerebral cortex and travel through the medulla and spinal cord to the muscles. As the nerve signals pass through the medulla, they are influenced by nerve impulses from the cerebellum. The cerebellum controls fine movements. For example, you can normally touch your finger to your nose in one smooth motion with your eyes closed; if your cerebellum were not functioning, the motion would be extremely shaky or jerky. As alcohol affects the cerebellum, muscle movements become uncoordinated.

The hypothalamus is an area of the brain that controls and influences many automatic functions of the brain through actions on the medulla, and coordinates many chemical or endocrine functions (secretions of sex, thyroid and growth hormones) through chemical and nerve impulse actions on the pituitary gland. Alcohol has two noticeable effects on the hypothalamus and pituitary gland, which influence sexual behavior and urinary excretion.

Excessive drinking also inhibits the pituitary secretion of anti-diuretic hormone (ADH), which acts on the kidney to reabsorb water. Alcohol acts on the hypothalamus/pituitary to reduce the circulating levels of ADH. When ADH levels drop, the kidneys do not reabsorb as much water; consequently, the kidneys produce more urine.

The medulla, or brain stem, controls or influences all of the bodily functions that are involuntary, like breathing, heart rate, temperature and consciousness. As alcohol starts to influence upper centers in the medulla, such as the reticular formation, a person will start to feel sleepy and may eventually become unconscious as BAC increases. If the BAC gets high enough to influence the breathing, heart rate and temperature centers, a person will breathe slowly or stop breathing altogether, and both blood pressure and body temperature will fall. These conditions can be fatal.

Alcohol and Other Bodily Functions

In addition to the brain, alcohol can affect other bodily functions, including the following:

All of alcohol's effects continue until the ingested alcohol is eliminated by the body. 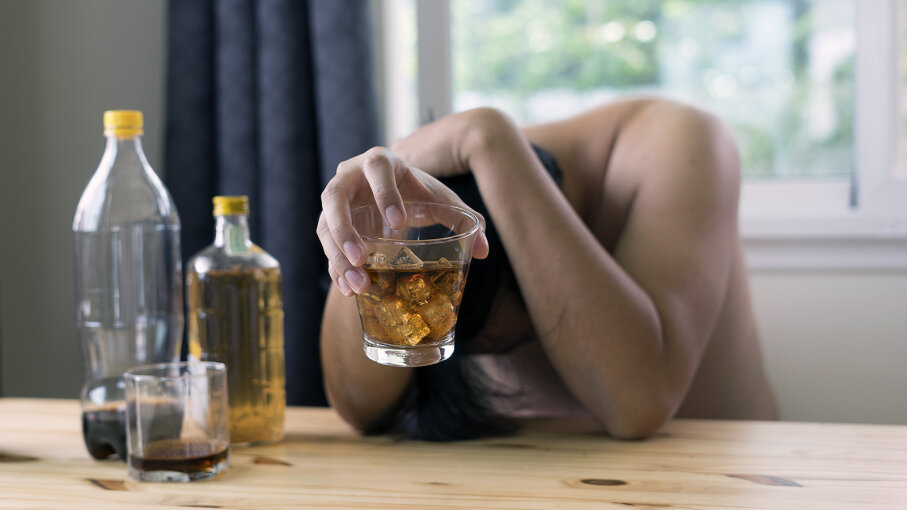 Globally an estimated 237 million men and 46 million women have some form of alcohol-use disorder. skaman306/Getty Images

Globally an estimated 237 million men and 46 million women have some form of alcohol-use disorder, that's according to WHO's 2018 Global status report on alcohol and health.

In the United States, approximately 15.1 million adults ages 18 and older (6.2 percent of this age group) had alcohol use disorder (AUD), which is a chronic relapsing brain disease that involves the affected person compulsively using alcohol, losing control over their alcohol intake, and having a negative emotional state when they're not drinking. This includes 9.8 million men. In 2010, alcohol misuse cost the U.S. $249 billion.

Research has shown that alcohol use in general has risen in recent years, and problem drinking (which includes alcohol abuse, i.e. drinking to the point where it causes recurrent and significant life problems, and alcohol dependence, i.e. the inability to stop drinking) has risen by a greater percentage, particularly in women, racial minorities, older adults, and lower socioeconomic classes. With the continued exposure to alcohol, how does the human body respond or adapt? The body's increased tolerance to alcohol involves the following changes:

These bodily adaptations change a person's behavior. The levels of alcohol dehydrogenase and aldehyde dehydrogenase in the liver increase in response to long-term alcohol exposure. This means that the body becomes more efficient at eliminating the high levels of alcohol in the blood. However, it also means that the person must drink more alcohol to experience the same effects as before, which leads to more drinking and contributes to addiction.

In addition to the adaptations mentioned on the previous page, there are many adverse physical effects that result from long-term exposure to alcohol:

Finally, alcohol abuse and dependence cause emotional and social problems. Because alcohol affects emotional centers in the limbic system, alcoholics can become anxious, depressed, and even suicidal. The emotional and physical effects of alcohol can contribute to marital and family problems, including domestic violence, as well as work-related problems, such as excessive absences and poor performance.

While alcoholism has devastating effects on a person's health and social environment, there are medical and psychological ways to treat the problem. See the next page to learn more.

For more information on alcohol, treating alcoholism, and related topics, check out the links on the next page.