Aphrodisiac Supplements and What They Claim to Do 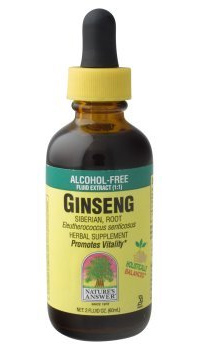 Like the aphrodisiac foods listed on the previous page, some of the aphrodisiac ingredients often found in supplements may have some research to back their claims, but most do not.

Arginine is an amino acid found in meat, nuts, eggs, coconut milk and cheese. It forms nitric oxide in the body, which increases blood flow to the genitals. Arginine, when combined with other supplements, is said to enhance sexual desire in women.

According to pharmacognosist Albert Leung, Ph.D., and Arkansas herbalist Steven Foster, the epimedium herb has been proven to improve the sexual function of male animals in experiments. It acts somewhat as an androgen (sex hormone) and might stimulate sexual desire in women who are androgen-deficient.

Fennel is reported to increase the libido of both male and female rats. Fennel has compounds that mimic the female hormone estrogen. However, in doses greater than about a teaspoon, it can be toxic!

Ginseng is another long-touted aphrodisiac. Recently, the Journal of Urology reported, "the Mean International Index of Erectile Function scores were significantly higher in patients treated with Korean red ginseng than in those who received placebo." In animal studies, ingesting ginseng doesn't appear to have an immediate effect on testosterone levels, but the ginseng may trigger other mechanisms that lead to increased performance and libido.

Rhino horn is primarily fibrous tissue with fairly large amounts of calcium and phosphorus. Since low levels of these minerals can lead to weakness and general fatigue, taking large doses of these elements could increase stamina if levels were low to begin with. It's understandable, then, how it could have historically appeared to be an aphrodisiac (in addition to its resemblance to an erect penis). People who didn't have deficiencies of those minerals wouldn't have seen the same affect.

Probably one of the most famous aphrodisiacs is Spanish fly. It is made from a beetle that secretes an acid-like juice, called cantharidin, from its leg joints when threatened. Because it would be more difficult to remove just the juice, the entire beetle is dried and crushed to produce the powder. When Spanish fly powder is ingested, the body excretes the cantharidin in the urine. This causes intense irritation and burning in the urogenital tract, which then leads to itching and swelling of the genitals. This swelling and burning was once assumed to be sexual arousal and led to the belief that Spanish fly had aphrodisiac qualities. But cantharidin is highly toxic. The kidneys suffer inflammation as well and can be permanently damaged. Spanish fly can cause severe gastrointestinal disturbances, convulsions and even death.

Yohimbe is used both as an herbal aphrodisiac and in a prescription drug used for erectile dysfunction in men. It comes from bark stripped from a West African evergreen tree. Yohimbine, the primary active ingredient of yohimbe, blocks alpha-2 adrenergic receptors and increases dilation of blood vessels, which are both involved in achieving and maintaining an erection. The herbal form of yohimbe can be dangerous if taken in the wrong quantities.

Why are Rhinos Endangered?

Contrary to popular belief, rhinos are not endangered because of the use of their horns as aphrodisiacs. According to the World Wildlife Organization, rhino horn is a valuable ingredient in traditional Chinese medicine and is used effectively to reduce fevers, for delirium, for high blood pressure and to treat other ailments. The use of rhino horn is now banned throughout most of Asia; but hundreds of rhinos were killed each year prior to the ban, and many are still killed illegally. In addition to their use in medicines, rhino horns are carved to make the handles of ceremonial daggers.