Aphrodisiac Foods and What They Claim to Do 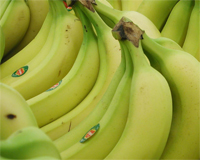 The following is a list of foods that reportedly act as aphrodisiacs. Some are said to be aphrodisiacs simply because of their shape and some because of their aromas, while others claim a chemical basis for their "love" powers. This is by no means a complete list and, unless otherwise noted, there is no readily available research to back up their claims.

Also known as anise, the ancient Greeks and Romans believed that you could increase desire by sucking on anise seeds. Aniseed does include estrogenic compounds (female hormones), which have been reported to induce similar effects to testosterone.

The avocado tree was called a "testicle tree" by the Aztecs because its fruit hangs in pairs on the tree, resembling the male testicles. Its aphrodisiac value is based on this resemblance.

In addition to the phallic shape of the banana itself, the banana flower also has a phallic shape. Bananas are rich in potassium and B vitamins, which are said to be necessary for sex-hormone production.

For centuries, people said that basil stimulated the sex drive and boosted fertility as well as producing a general sense of well being. The scent of basil was said to drive men wild -- so much so that women would dust their breasts with dried and powdered basil. Basil is one of the many reported aphrodisiacs that may have the property of promoting circulation.

Cardamom is an aromatic spice. Certain cultures deem it a powerful aphrodisiac and also claim it is beneficial in treating impotence. It is high in cineole, which can increase blood flow in areas where it is applied.

Chocolate has forever been associated with love and romance. It was originally found in the South American rainforests. The Mayan civilizations worshipped the Cacao tree and called it "food of the gods." Rumor has it that the Aztec ruler Montezuma drank 50 goblets of chocolate each day to enhance his sexual abilities.

Researchers have studied chocolate and found it to contain phenylethylamine and serotonin, which are both "feel good" chemicals. They occur naturally in our bodies and are released by our brains when we are happy or feeling loving or passionate. It produces a euphoric feeling, like when you're in love.

In addition to those two chemicals, researchers at the Neuroscience Institute in San Diego, California, say that chocolate may also contain substances that have the same effect on the brain as marijuana. The substance is a neurotransmitter called anandamide. The amount of anandamide in chocolate is not enough to get a person "high" like marijuana, but it could be enough to contribute to the good feelings that serotonin and phenylethylamine produce. Does that mean it increases sexual desire? Probably not -- but if it makes you feel good, it might lower your inhibitions so that you're more receptive to suggestion.

The phallus-shaped carrot has been associated with sexual stimulation since ancient times and was used by early Middle Eastern royalty to aid seduction.

Eating chili peppers generates physiological responses in our bodies (e.g., sweating, increased heart rate and circulation) that are similar to those experienced when having sex. The capsaicin they contain is responsible for the effects and is also a good pain reliever. Another reported effect of eating large quantities of chili peppers is an irritation of the genitals and urinary tract that could feel similar to sexual excitement.

Aside from its phallic shape, the scent of cucumbers is believed to stimulate women by increasing blood flow to the vagina.

Figs are another fruit that claims aphrodisiac qualities based on its appearance. An open fig is thought to look similar to female sex organs.

Long ago, Tibetan monks were not allowed to enter the monastery if they had been eating garlic because of its reputation for stirring up passions. Garlic increases circulation.

­People have deemed ginger root an aphrodisiac for centuries because of its scent and because it stimulates the circulatory system.

In medieval times, people drank mead, a fermented drink made from honey, to promote sexual desire. In ancient Persia, couples drank mead every day for a month (known as the "honey month" -- a.k.a. "honeymoon") after they married in order to get in the right frame of mind for a successful marriage. Honey is rich in B vitamins (needed for testosterone production) as well as boron (helps the body metabolize and use estrogen). Some studies have suggested that it may also enhance blood levels of testosterone.

In ancient China, people used licorice to enhance love and lust. The smell appears to be particularly stimulating. Alan R. Hirsch, MD, neurological director of the Smell and Taste Treatment and Research Foundation in Chicago, conducted a study that looked at how different smells stimulated sexual arousal. He found that the smell of black licorice increased the blood flow to the penis by 13 percent. When combined with the smell of doughnuts, that percentage jumped to 32.

In ancient China, women prized nutmeg an aphrodisiac, and researchers have found it to increase mating behaviors in mice. There is no evidence to prove the same happens in humans. In quantity, nutmeg can produce a hallucinogenic effect.

­Romans documented oysters as aphrodisiacs in the second century A.D. They are known to be high in zinc, which has been associated with improving sexual potency in men. (An additional hypothesis is that the oyster resembles the female genitals.) Recently, mussels, clams and oysters have been found to contain D-aspartic acid and NMDA (N-methyl-D-aspartate) compounds may be effective in releasing sex hormones like testosterone and estrogen. Scientists have not determined whether there are enough of those compounds in the shellfish to make any difference.

Papaya (like aniseed) is estrogenic, meaning it has compounds that act as the female hormone estrogen. It has been used as a folk remedy in promoting menstruation and milk production, facilitating childbirth and increasing the female libido.

People have been using pine nuts to stimulate the libido since Medieval times. Like oysters, they too are high in zinc. Pine nuts have been used for centuries to make up love potions. The Arabian medical scholar Galen recommended eating one hundred pine nuts before going to bed.

Now let's take a look at some aphrodisiac non-foods and how they're supposed to accomplish their effects.