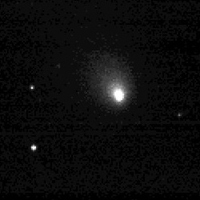 Comets are traveling balls of astronomic history. Their origins go back to the formation of the solar system, approximately 4.6 billion years ago. When the sun was formed, it caused gases and dust to be dispelled into space. Some of these materials later formed planets, while quantities of these gases and dust settled into orbits around but far from the sun.

Comets are thought to be consolidated balls of these materials, containing ice, dust, organic matter and possibly rock, formed approximately 4 billion years ago. As they travel through the solar system, they pick up additional debris. In this way, comets are windows into the history of the solar system. But with diameters of up to 60 miles (100 km), you can't just reach up and snag one in a big net in order to study it.

Still, scientists are finding a way to get at the information: On January 12, 2005, NASA's Discovery Mission Deep Impact launched with the intent to probe beneath the surface of a comet. On July 4, 2005, Deep Impact encountered Comet Tempel 1.

In this article, we'll learn how comets are formed, what secrets they may carry and how the Deep Impact mission is uncovering them. 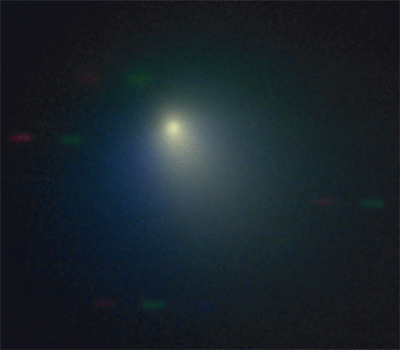 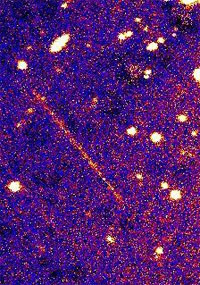 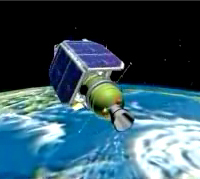 How Deep Impact Came About

Deep Impact began when Alan Delamere and Mike Belton were working on a collaboration to study Comet Halley. "We got Halley data and investigated it and found the comet was far blacker than we had imagined, blacker than coal. So we asked ourselves: How could this happen?" Delamere said. "We became increasingly curious as to just how this black layer accumulated." In 1996, Belton and Delamere, now joined by Mike A'Hearn, submitted a proposal to NASA. They wanted to explore another comet, this time a dead one named Phaethon. They had decided to use an impactor to hit the comet and then observe the results. But NASA was not convinced they could hit the comet. NASA wasn't even convinced that Phaethon was a comet.

Delamere, Belton, and A'Hearn continued to think about the project and try to figure out better ways to do it. In 1998, A'Hearn had taken over leadership of the team, and they made a second proposal. This time, they were going to impact an active comet, Tempel 1. They had also added a guidance system to the impactor, increasing the odds that they would be able to control the spacecraft well enough to hit their target. NASA accepted the new proposal and agreed to fund the project. The Deep Impact mission was born.

Deep Impact is a partnership between the University of Maryland, The California Institute of Technology's Jet Propulsion Laboratory and the Ball Aerospace and Technology Corporation.

For more information about Deep Impact and related topics, check out the links on the next page.

10 Scientific Words You're Probably Using Wrong
What Is Planck's Constant, and Why Does the Universe Depend on It?
Stephen Hawking: Our Own Stupidity Remains a Threat to Humanity