by Carrie Whitney, Ph.D. Aug 20, 2019
The Louvre Pyramid is considered one of the world's most iconic design masterpieces. Wikimedia Commons/(CC BY-ND 2.0)

Thirty years after it was unveiled, the Louvre Pyramid stands in front of the world's most visited museum, and despite its relative youth, it has become a vital part of Paris' renowned cityscape. Vying with the Eiffel Tower and the Arc de Triomphe for the title of Paris' most recognizable landmark, the Pyramid officially opened in 1989 and gained instant notoriety, and not the kind the designers were hoping for.

The glass-and-metal structure designed by Chinese-born architect and founder of Pei Cobb Freed & Partners, the late I.M. Pei, sits atop the Louvre's underground, yet light-filled, lobby connecting the museum's three pavilions — Denon, Richelieu and Sully. With a square base and an apex of 71 feet (21 meters), its dimensions form a miniature Great Pyramid of Giza.

Initially constructed in the 12th century as a fortress, what is today the Louvre Museum served as a royal residence before becoming a public museum in 1793 after the French Revolution. So how did a modern take on ancient Egyptian architecture end up in the City of Light? Here are seven facts about this Pyramid.

1. It Was Built To Serve a Purpose

While it may be an architectural marvel earning plenty of attention on its own, the Pyramid was commissioned for a functional purpose. French President François Mitterrand announced the Grand Louvre project in 1981, which included a redesign of the museum and the addition of space. The museum would incorporate the Richelieu Wing of the palace, which at the time served as the home of the Ministry of Finance. When the Grand Louvre project was completed, the exhibition space doubled, with the Pyramid acting as the new visitor entrance and offering access to the museum's three pavilions.

"It was not possible to imagine creating that much area above ground near the Louvre, thus we needed to put it beneath the courtyard ... We experimented with various forms, we even tried a cube or a curved, hemispheric shape. But, if you look at the silhouette of the Louvre, there is no curve, so we had to exclude curves. I concluded that the pyramid was the only shape that was acceptable. It is the most appropriate form."

2. It Was Called an "Architectural Joke"

Mitterrand selected Pei for the Grand Louvre project, eschewing an architecture competition often held for large public projects, a decision that "infuriated many," according to Architect Magazine. Pei's design was not much better received than Mitterrand's unilateral decision, and criticism abounded.

"I had fully expected controversy in this instance, and I was not surprised when we were attacked," Pei told Jodidio.

When the design was initially presented, the Pyramid "sparked much media controversy and unleashed passions on both aesthetic and technical grounds," according to a press statement from the Louvre.

But today, the Pyramid is a celebrated part of the Paris landscape, like that other initially controversial structure the Eiffel Tower. Although Captain Bezu Fache refers to the Pyramid as "a scar on the face of Paris" in the "Da Vinci Code" film, a 2010 article in Arch Daily says that "the juxtaposition of the modern structure and the French Renaissance architectural style of the museum creates a complimentary effect that enhances each of the design's details and beauty."

3. It's Actually Too Small Now

Despite the intention of the Pyramid to improve visitor reception and the addition of 650,000 square feet (60,386 square meters) of space underground, the resulting accommodations of the Grand Louvre project have already been surpassed by the museum's growing popularity.

In 1989, the Louvre welcomed 3.5 million visitors, but in 2018, 10.2 million people visited. Insufficient for receiving such astounding attendance — the number would average to more than 27,000 people per day if the museum were open every day, which it is not — reorganization took place in 2014 to 2016.

4. New Glass Was Developed to Build It

Pei insisted on total transparency in the Pyramid glass so when visitors looked through it, there would be no perceptible change to the Palace. Finding a clear glass presented a serious challenge because glass has a faint bluish or greenish tint. So he enlisted French manufacturing company Saint-Gobain to create a new glass specifically for the project.

"Months of exhaustive research went into the development of this 21.5-millimeter [0.8 inch] extra-clear laminated glass, with its exceptional mechanical properties and high optical quality," Patricia Marie, director of communications for Saint-Gobain, explains in an email. "This glass has in particular been cleared of its iron oxides to avoid any green reflection."

It took about two years to get it right, and removing the iron oxides required the company to construct a special furnace. The resulting "Diamond Glass" is laminated like automobile windshields, so if it breaks by an impact, the plastic retains the fragments. There are 19,375 square feet (1,800 square meters) of glass in the pyramid — 675 "lozenges" (the rhombus shape glass segments we associate with the Pyramid) — and 118 triangles, Marie says. These rest on a structure composed of 6,000 metal bars, bring the total weight of the Pyramid to 200 tons (180 metric tons). Just in case any glass pieces ever break, Saint-Gobain made enough to build two pyramids, though after more than 30 years, no repairs have yet been needed.

In 2002, a Seattle company developed a remote-controlled robot that climbs the Pyramid to clean the glass.
Wikimedia Commons/(CC BY-ND 2.0)

5. Cleaning It Is a Monumental Task

If the Louvre Pyramid has escaped the need for glass repair, maintenance has been another story. If you think cleaning your windows is difficult, what about windows with a 71-foot sloped structure? Regular boom or carriage systems dropped from the top of the building are useless, and scaffolding is impossible. Lift bucket systems don't work either.

So in the early days, mountaineers were actually hired to scale the Pyramid and clean the glass, but an automated method was needed. In the 1990s, a robot was designed to do the job. Then in 2002, Seattle company Advanced Robotic Vehicles developed a new model, a "double breadboxed-sized robot." Maneuvered by remote control, the robot climbs the Pyramid on tracks and is secured to the glass via suction cups. It boasts a squeegee and rotating brush.

However, some tasks are impossible to automate, Marie explains. The water features near the Pyramid deposit a mist loaded with tartar on the glass, and it's necessary to descale the glass from time to time. "Ropers are still used to repair the joints," she says. "Only a human being can achieve it."

6. Its Design Aligns with French Tradition

Despite its seeming contrast with the French Renaissance style of the museum, the Louvre Pyramid is in keeping with some French architectural traditions. Pei's choice of a pyramid was not arbitrary, according to W. Jude LeBlanc, associate professor at Georgia Tech School of Architecture. In fact, the country had a Neoclassical relationship with the Platonic solid, and while not a tetrahedron itself due to its square base, the Louvre Pyramid speaks to this relationship.

"Forward looking and innovative, Neoclassical architects of the late 1700s, such as Boullée, Lequeu and Ledoux, experimented with pyramidal forms deployed as monuments, cenotaphs or other programs," LeBlanc explains.

In fact, when the Pyramid opened in 1989, The New York Times remarked that it "communicated" with existing monuments of Paris and that the country's architectural history was "laden with references" to architects like these, who "relied heavily on blunt geometric forms, including pyramids."

LeBlanc further notes that Napoleon's exploits in Egypt were reflected in some examples of 19th-century Empire style. And of course, it's also just a short walk from the Louvre to the Place de la Concorde and its 3,300-year-old obelisk brought from Egypt's Luxor Temple in 1833 and erected by King Louis-Philippe.

Despite seeming to contrast with the French Renaissance style of the museum, the Pyramid's design is in keeping with some French architectural traditions.
Wikimedia Commons/(CC BY-ND 2.0)

7. It's Not the Louvre's Only Entrance

Although the Pyramid was constructed to accommodate a visitor entrance, it's not the only way to get into the Louvre — and sometimes it's not the best way in. Considering the significant number of visitors who flock to the museum, buying tickets online in advance is recommended. By purchasing a ticket online for a specific date and time slot, visitors can expect to enter the museum in less than 30 minutes.

Upon arrival at the museum, even those with advance tickets will join a queue, possibly in front of the Pyramid. However, visitors with single or group tickets, can enter through the Passage Richelieu, which is just off the Rue de Rivoli across from the Palais Royal-Musée du Louvre metro station. The Carrousel du Louvre, an underground shopping and dining space opened in 1993, is another way in. The Carrousel provides direct access to the museum, and it's also the location of the suspended Inverted Pyramid. Whichever entrance you choose, they all converge beneath the Louvre Pyramid in the lobby that provides convenient access to the three wings, just as Pei intended.

Now That's Interesting
Fans of "symbologist" Robert Langdon can follow his Da Vinci Code course through the Louvre with a special visitor trail outlined by the museum, entering through the Pyramid and concluding at the Inverted Pyramid.

A Growing Number of Doctors Take Only Cash, Not Insurance 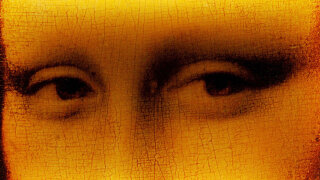 Why Is the World So Captivated by the Mona Lisa? 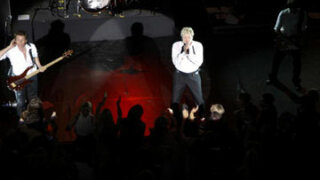 How the Louvre Works 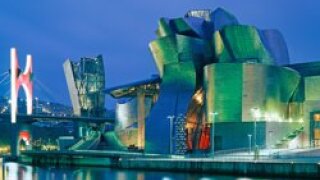 The World's Most Awe-inspiring Glass Buildings