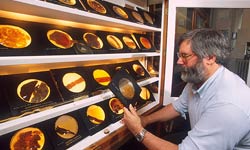 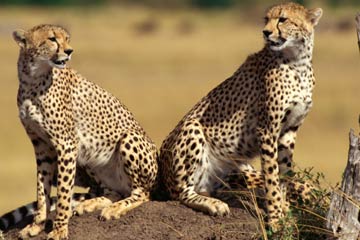 These two cheetahs benefit from biodiversity. In fact, theyï¿½re lounging on it -- this mound was formed by bugs we consider household destroyers. 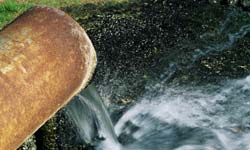 From the savanna grasslands of Kenya to your local waterways, insects patrol the water and feed fish and wildlife. 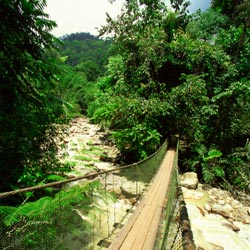 The rainforests show the relationship insects have with the world. Frogs dine on bugs; snakes eat frogs. It's a give-and-take relationship. 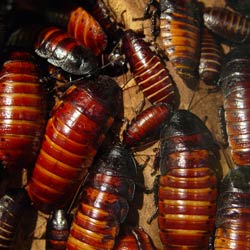 Cockroaches help the rainforest too. The Madagascar hissing roaches aren't kitchen bugs. That's good, because the male roaches hiss when they fight or mate. 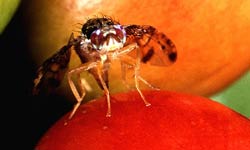 On farmersï¿½ "Most Wanted" lists, the Medfly snuck into the U.S. and has been making trouble ever since. This one's laying eggs in a coffee berry. 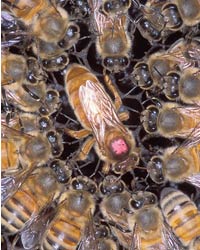 Some insects show up with a bang -- or buzz. Africanized bees are replacing European honeybees throughout the Southwest. This African swarm surrounds a European queen. 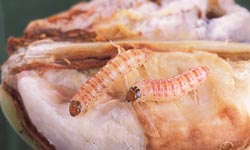 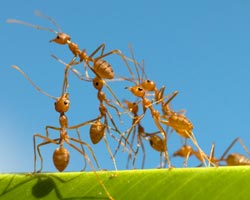 Fire ants sting, but these hard-working team players aren't native to North America. They like it here though; the queens live up to seven years. 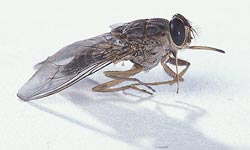 Some bad bugs are natives but still bother human neighbors. The tsetse fly only lives in Africa, and its bite can cause trypanonosomiasis, or sleeping sickness. 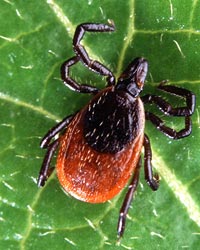 The deer tick has its own nasty bite, which can cause Lyme disease in people. The disease is named after the Connecticut town where it was first diagnosed in 1975. 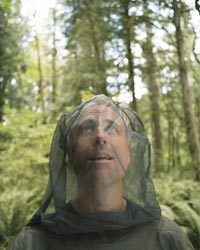 Mosquitoes spread disease too, like West Nile virus and malaria. But they're big for the ecosystem, especially for aquatic animals and rainforests.

The fathead minnow loves mosquitoes and has controlled them in urban Minnesota. Bass and pike eat the minnows. They may annoy us, but serve a purpose. 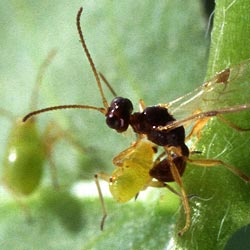 It buzzes and it stings. Wasps are scary but are uber-beneficial, eating other bugs that plague farmers and gardeners. This one is laying an egg in a bug nymph. 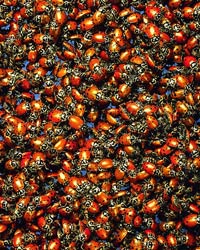 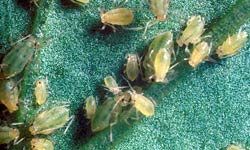 Every gardener hopes ladybugs go after aphids, tiny little bugs that love to suck the juice right out of flower buds. They also spread diseases, like these green peach aphids. 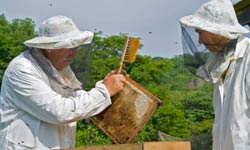 Honeybees are the best of the bugs, even though they sting. They pollinate flowers and some crops but for some reason, they're disappearing. 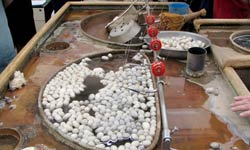 Some insects produce things we use every day. Silkworms spin cocoons of silk and have supported a major Chinese industry for more than 4,000 years. 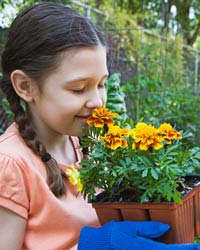 Sometimes bees keep kids out of the garden, but maybe it's time to teach children about bugs' good sides. Every organism has its place in nature. 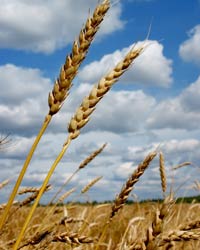 It's just not fair to hate all insects. Integrated pest management does the least harm to beneficial insects, the food that's grown and the environment.