How has radiocarbon dating changed archaeology?

Prior to the development of radiocarbon dating, it was difficult to tell when an archaeological artifact came from. Unless something was obviously attributable to a specific year -- say a dated coin or known piece of artwork -- then whoever discovered it had to do quite a bit of guesstimating to get a proper age for the item. The excavator might employ relative dating, using objects located stratigraphically (read: buried at the same depth) close to each other, or he or she might compare historical styles to see if there were similarities to a previous find. But by using these imprecise methods, archeologists were often way off.

Fortunately, Willard Libby, a scientist who would later win the 1960 Nobel Prize in Chemistry, developed the process known as radiocarbon dating in the late 1940s. It's still the most commonly used method today. In a nutshell, it works like this: After an organism dies, it stops absorbing carbon-14, so the radioactive isotope starts to decay and is not replenished. Archaeologists can then measure the amount of carbon-14 compared to the stable isotope carbon-12 and determine how old an item is.

For the most part, radiocarbon dating has made a huge difference for archaeologists everywhere, but the process does have a few flaws. For example, if an object touches some organic material (like, say, your hand), it can test younger than it really is. Also, the larger the sample the better, although new techniques mean smaller samples can sometimes be tested more effectively. The data can be a little off particularly in younger artifacts, and anything older than about 50,000 years is pretty much too old to be tested because at that point the majority of the C-14 has decayed to practically undetectable levels. There's also still usually a wide window of time that an object can fall into. And lastly, the ratio of C-14 to C-12 in the atmosphere (and hence the ratio in organic remains) has fluctuated to a certain extent over the millennia, something that can lead to misleading discrepancies that need to be corrected for.

Despite these limitations, radiocarbon dating will often get you a decent ballpark figure. While other methods of dating objects exist, radiocarbon dating has remained vital for most archaeologists. For example, it makes it possible to compare the ages of objects on a worldwide scale, allowing for indispensible comparisons across the globe. Before this, it was anyone's guess how different digs' timelines compared to one another over great distances. But now archaeologists studying, say, the development of agriculture across the continents are able to determine how different societies stacked up against one another throughout the millennia. 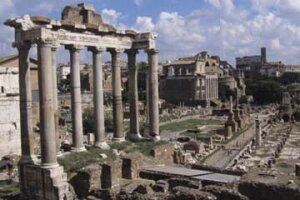 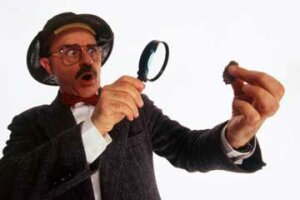