You're probably not ever going to go diving in the waters off Antarctica, or in the Arctic near the North Pole. But if you ever do, there's a chance that you may come upon one of the more bizarre sights in nature: a brinicle.

Basically, a brinicle — sometimes also called a sea stalactite — is a hollow tube that projects downward from the ice pack on the ocean surface. Imagine an icicle hanging on your house's roof gutter, except that a brinicle's length may be measured in feet instead of inches, and instead of rainwater, it's formed from a super-salty seawater solution called brine.

As an article in Technology Review explains, brinicles form because when seawater along the ocean surface freezes to form ice, it exudes salt. That increases the salinity of nearby water, which in turn lowers its freezing point, so that it stays liquid even though it's really, really cold. (In a way, this is the opposite of the reverse osmosis process that desalination plants use to turn seawater into drinking water.) Pockets of that brine can get trapped inside the ice pack.

If the ice pack cracks, though, something bizarre can happen to those pockets. The freed brine will leak out and, because it's denser than water, it will sink downward toward the ocean bottom. On the way down, the super-cold brine will freeze any water that it comes in contact with. That forms an icy tube around the brine. Because brinicles are fairly fragile, they need relatively calm conditions at sea for them to grow, so they're not all that common.

Oceanographers Paul Dayton and Seelye Martin first observed and described brinicles in the early 1970s, and Martin actually managed to grow simulated brinicles in his Seattle laboratory, according to a 2012 National Geographic article (excerpted here). In 2011, A BBC film crew, which was diving in the waters around Little Razorback Island near Antarctica's Ross Archipelago, actually recorded the formation of a brinicle, which took about five to six hours.

A brinicle forms when heavier-than-water brine freezes the seawater around it.
BBC

A brinicle is a surreal, creepy sight — so creepy, in fact, that a British tabloid once described it as "the underwater icicle of death" and warned that it "kills everything in its path." And while that may be a bit hyperbolic, brinicles can indeed be lethal to some sea creatures who wander into pools of super-cold brine that form beneath them on the ocean floor, according to Andrew Thurber, an assistant professor in ocean ecology and biogeochemistry at Oregon State University.

"I have seen the aftermath in person (the pools of dead animals) and then videos of them actually getting caught," says Thurber via email. "They are a very, very localized problem for animals. They tend to only occur in the shallows, and the species that occur there tend to be both abundant and common. So while small patches of dead animals that result from them, overall they very likely play a minor if any role in the population size of those animals."

Fortunately, they're only a threat to smaller creatures such as sea stars, and not to bigger animals like seals, whales or humans who happen to go diving at the frigid poles, according to Thurber.

Now That's Interesting
In 2013 Spanish and Italian researchers speculated that like hydrothermal vents, brinicles might have played some role in the origin of life on Earth by creating chemical and electrical conditions and membranes that helped it to form.

Equality in Alcohol? Gender Differences in Drinking Are Shrinking in U.S.

We Owe It All to Radio: The Inside Story of CES 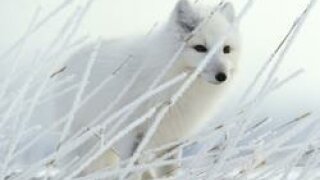 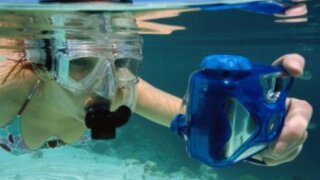 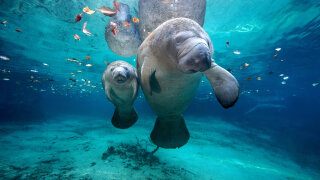