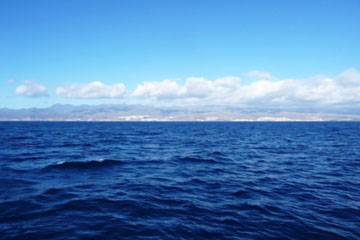 About 70 percent of the world is water, but so little can actually be used because most of it is salt water.
Hemera/Thinkstock

Reducing salt water to its basic elements -- salt and water -- is so simple that it's become a science lesson for first-graders. In fact, a "solar still" can turn salt water into fresh water in just a few days. Simply fill a large bowl with salt water and set an empty glass at the center. Then cover the bowl -- empty glass and all -- with plastic wrap that has a small hole poked in the middle. Place the contraption in direct sunlight, and watch the water cycle at work: The salt water evaporates, leaves salt crystals behind, and creates condensation that rises, gathers on the plastic membrane and drips into the empty glass. The resulting fresh water is good enough to drink [source: Williams].

But why remove salt in the first place? Turns out, drinking salt water can kill you. Ingesting salt signals your cells to flush water molecules to dilute the mineral. Too much salt, and this process can cause a really bad chain reaction: Your cells will be depleted of moisture, your kidneys will shut down and your brain will become damaged. The only way to offset this internal chaos is to urinate with greater frequency to expel all that salt, a remedy that could work only if you have access to lots of fresh drinking water [source: Thompson].

People -- especially those in water-starved parts of the world -- have been searching for fresh water solutions for centuries. Turns out the same folks who built giant sphinxes and drove horse-drawn chariots also thirsted for clean, pure water [source: Jesperson]. Even in modern times, entire populations struggle with a cruel irony; they are surrounded by salt water, but lack drinking water. The scarcity sometimes spurs deadly conflicts. In 2009, onlookers killed a family in drought-ridden India for collecting water from a municipal well before it ran dry [source: Pacific Institute].

But what if an abundant supply of fresh water could be created from salt water? A large-scale desalination operation -- using principles similar to a simple classroom project -- could change the world. On the next page, we'll explore why it's not always so easy to turn salt water into drinking water. 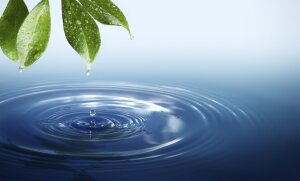 Stuff You Should Know Podcast: Desalination