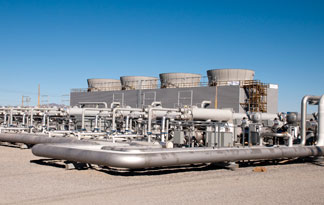 How much do you know about alternative energy?
Shuli Hallak/Corbis

America, and really the entire world as a whole, runs on fossil fuels like gasoline and coal. But it's no secret that these resources can't last forever.

Every day, the U.S. uses about 19 million barrels of oil, and burns through 378 million gallons of gasoline. But petroleum and coal are not renewable sources of energy -- meaning that when we run out of these resources, we're out of them for good. With many economists and scientists believing we've hit peak oil, the need for non-fossil fuel energy sources has become more apparent than ever.

Let's talk about some of the current alternative energy sources. There's solar power, which harnesses sunlight and transforms it into electricity. Obviously, sunlight is a source we can always depend on, but the methods for harnessing it and turning it into power are notoriously inefficient.

Wind power is another popular and emerging alternative -- it uses massive, wind-driven turbines to generate electricity. Again though, the turbines are expensive, and they're not suitable for every location. There's also geothermal power, which collects heat and gases from deep inside the Earth. But that's also expensive, and it could potentially trigger earthquakes.

So what is the cheapest new alternative energy source? While it is not a renewable resource, natural gas is gaining momentum as an outstanding alternative to petroleum. Natural gas consists mainly of methane and is drilled out of the Earth's crust. The difference between natural gas and petroleum is the former's abundance -- some estimates say there are 1,000 trillion cubic feet recoverable in North America alone, which is enough to supply the nation's natural gas needs for the next 45 years.

It's also far less expensive than petroleum. And with a large quantity available on our continent, using natural gas reduces our dependency on foreign oil from politically unstable nations.

However, because it's not renewable, natural gas isn't a permanent solution. Let's turn back to solar energy for a moment. While it's not the most effective means of generating power right now, it might be some day.

The Institute of Electrical and Electronics Engineers recently said that within the next 10 years, as solar power systems become more common and the technology becomes more efficient, the cost of solar power could become equal to petroleum.

Between natural gas, solar power and multiple other sources of energy, hopefully our world can navigate its way to a brighter, cleaner future.