Could we harvest energy from earthquakes? 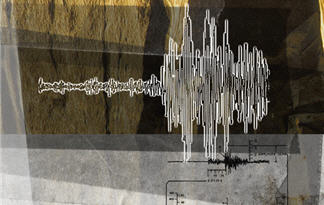 Could we tap into earthquake energy?
iStockphoto/Thinkstock

Fossil fuels, including coal, oil and natural gas, supply the bulk of the world's energy demand. Wind, the sun and nuclear energy are ascending sources of power worldwide. Energy suppliers in more than 20 countries are tapping into geothermal reservoirs and hot springs as a source of a power and heat.

With such a diversity of potential energy sources that human have already accessed, is it really such a stretch of the imagination that we'd ever be able to tap into power of seismic waves that result from earthquakes?

Those were the words used by five experts who spoke last month as reported by Discovery News about the possibility of tapping into the power of earthquakes to meet our ever-increasing energy needs.

Imagine trying to harness the power of lightning to convert it into usable electricity. To make this task on par with tapping into an earthquake, add to that the complication that you never know when a storm is going to show. Furthermore, once you have your equipment in place, you can never move it. As impossible as that challenge appears, that's more or less what energy companies would be dealing with if they ever considered earthquakes as a power source.

Unlike storms, predicting an earthquake to within a matter of hours, days or weeks simply isn't possible with what seismologists understand today about faults, despite these scientists' best efforts. At best, seismologists can predict the likelihood of a quake along a fault line taking place within a matter of a few decades. Given that consumers don't want power next year but rather right away and at all times, an earthquake can be a pretty unreliable power source.

The Power of Earthquakes 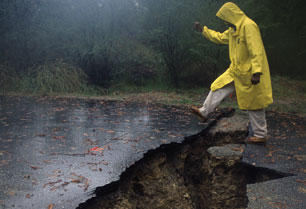 Have you ever experienced an earthquake?
Corbis Images

Any force as great as an earthquake is going to produce a lot of energy. To give an example of one of the most powerful quakes in recent memory, the magnitude-9.0 Sumatra-Andaman Islands Earthquake produced 20X10^17 Joules of energy, according to the U.S. Geological Survey, or the same amount of energy of more than 20,000 atomic bombs. The 7.0-magnitude temblor that stuck Haiti in 2010 produced the energy equivalent of 35 atomic bombs.

Building the infrastructure to capture that kinetic energy, turn it into electrical energy and store the end result would take an enormous investment of time and capital -- and all to build and maintain a power supply chain that might not even pay off for decades or even centuries at a time.

Only major earthquakes can produce the power necessary to justify such an investment. And unfortunately for any potential energy suppliers looking to seismic sources, as Richard M. Allen, director of the Berkeley Seismological Laboratory, told Discovery News' Sarah Simpson, most of the largest earthquakes, such as the one that struck off the coast of Japan in March of this year, occur underwater.

In 2011, there were nearly 20,500 earthquakes, according to the U.S.G.S. Less than 1 percent of earthquakes would be strong enough to justify the expense of putting in place a system to capture that energy.

Just because attempting to harness the power of an earthquake shouldn't be done doesn't mean it can't be.

In fact, there are a number of potential methods for harnessing seismic waves, assuming a temblor comes along at the right place at the right time. Any system used, of course, would have to be able to withstand the force of the event itself.

Two primary types of systems could theoretically exist for tapping into an earthquake. Water displaced as a result of a temblor could spin turbines and create electrical energy in a similar fashion to geothermal energy collection operations.

Alternatively, pzieoelectric devices, which convert motion into electricity, could also be used to harness the power of earthquakes. These devices, however, are currently only available on the nanoscale and produce a small amount of energy.

No, an earthquake-harnessing power source doesn't make sense now. But with a new understanding earthquake prediction science, a revolution in engineering and a total disruption of the world's current energy supply chain; it may start to look like a better option in the future.