Are we drilling for oil in the U.S.? 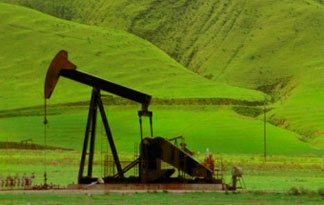 You might see oil rigs here and there across the U.S., but are we actually finding any oil? Learn more. Check out these oil field pictures!
Medioimages/Photodisc/Getty Images

Yes, we most certainly are drilling for oil in the United States. In fact, we're producing more oil now than we have in the past six years.

As of September 2011, there were 1,057 rigs drilling for oil in this country, in 11 states. This includes states we normally associate with oil, like Texas and Louisiana, and newer players in the oil game like North Dakota. The most rigs operating in the U.S. at one time was 4,530 in 1981; the low point was in 1999, when there were only 488 rigs drilling for black gold.

And we are still drilling for oil in the Gulf of Mexico, even after the BP blowout in the spring of 2010. New safety measures were instituted after that spill, and the moratorium on drilling was lifted by October 2010.

In addition to the new safety measures used in off-shore drilling, new technologies for drilling in shale rock formations have created new opportunities for oil extraction in the U.S. Using techniques developed for the natural gas industry could increase the amount of oil coming from shale rock to 30 percent of U.S. oil production by 2015.

So not only are we drilling for oil in the U.S., but we intend to increase our production within a few short years using new technology.