The Pros and Cons of Shale Gas 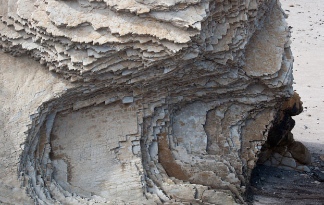 How much do you know about shale gas?
mikebaird/Creative Commons

Under our toes, a wealth of gas exists that burns clean and could wean the U.S. off energy dependence. But getting to it is a bit tricky.

First of all, it's 5,000 feet below ground. To get a hold of it requires pumping hydraulic fracturing (fracking) fluids, which could contain hazardous chemicals, into the ground along with water and sand at high pressures. The result is "a super-salty brine, prone to bacterial growth, and potentially contaminated with heavy metals," the National Geographic wrote in its series on shale gas.

Furthermore, the large amount of water needed to drill for shale can affect water availability for other uses, potentially impacting aquatic habitats. As a byproduct, fracking produces millions of gallons of wastewater. The amount can inundate under-equipped treatment plants. In the past, improperly treated wastewater has been found discharged into river basins, polluting the surrounding environment. The potential also exists for fracking fluids to seep into aquifers if a well casing fails, posing a risk to ground water supplies.

The negatives don't end there. Drilling can disrupt lives, including heightened noise levels aided by the transportation of materials, construction of facilities and drilling process itself; deterioration of air quality with the rise of diesel fumes; and implications of potentially destroying communities' access to clean water, including additional costs and efforts to transport and store water sourced from elsewhere.

Yet there's a reason why both private and public sectors have eyed this source of energy.

More than half a million new jobs exist because of shale gas. Of note, in Pennsylvania, home to the Marcellus shale that has spurred a natural-gas boom, energy experts project 200,000 new jobs by 2020 thanks to shale. And the pay is good too. The average salary for an oil and gas worker is about $60,000, 50 percent higher than the average private wage in the state.

There's a wealth of natural gas in shale rock, some 1,000 trillion cubic tons recoverable in North America alone. After a decade of drilling and fracking, the U.S. finally has readily cheap access to shale gas. In 2009, 87 percent of natural gas consumed was produced domestically, according to the U.S. Energy Information Administration. This means when it comes to shale gas, the U.S. doesn't need to rely on anyone else. At the 2010 rate of consumption, potential shale resources can last more than 100 years of use. Some even say shale will help the U.S. become a net gas exporter within the next decade. This fact also bodes well for chemical companies, which rely on natural gas. As a result, companies such as Dow Chemical are investing more in the U.S. than abroad.

Despite the negative environmental impact to harvest the oil, natural gas does win when it comes to one eco-friendly claim. As the cleanest fossil fuel, natural gas combustion emits far lower levels of carbon dioxide, nitrogen oxides and sulfur dioxide compared with coal or oil. If used in efficient combined-cycle power plants, natural gas carbon emissions are half that of oil.