Is the amount of mercury in CFLs more dangerous than the amount in fish? 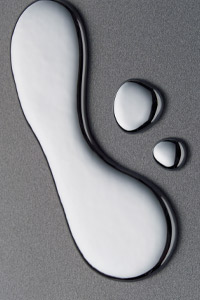 Mercury isn't just another element on the periodic table. It's a common -- and potentially deadly -- toxin.
Andy Whale/Photographer's Choice/Getty Images

With all th­e recent warnings about mercury levels in fish, you'd think fish were the only sourc­e o­f the poison we encounter in daily life. Mercury in fish (which is actually methylmercury, to be specific) is a legitimate problem. The fact is, though, there are plenty of other potential sources of mercury exposure, including home thermostats, thermometers (it's that silver substance), the air in certain areas, and surprisingly, the energy-saver that's going to change the world: the compact fluorescent lightbulb, or CFL.

Yes, there's mercury in CFLs, those lightbulbs that might soon be mandated as permanent replacements for the incandescent bulbs that have been the standard since Edison.

So what's the big deal with mercury? It's just an element (Hg) on the periodic table, and it occurs naturally in the environment. The problem is that it's a neurotoxin -- a substance that damages nerve cells. In certain doses, even small doses, it's poisonous. Mercury poisoning can cause permanent brain damage, seizures and, in great enough exposures, death.

­The question is, then, what's the primary risk? We've been warned plenty about fish. But should we stop replacing our incandescent bulbs with high-efficiency CFLs? Which source has the greater mercury supply? In this article, we'll look at the amounts of mercury in fish and fluorescent bulbs and see which one should cause us the most concern. We'll also find out what everyday process is the greatest source of mercury in the world.

Before we get into specific sources of the neurotoxin, let's find out how much mercury it actually takes to make you sick. 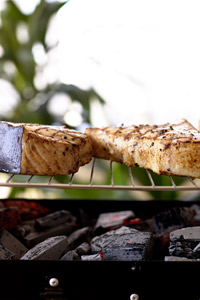 Hope you don't mind a side of mercury with that swordfish.
James Baigrie/Riser/Getty Images

The safe upper limit of mercury consumption is about 0­.1 microgram per kg of body weight per day, according to the U.S. Environmental Protection Agency (EPA) [source: PBS]. Both the U.S. Food and Drug Administration and the World Health Organization think the safe dose is higher than that, more like 0.3 micrograms/kilogram/day [source: MercuryAnswers]. So if you weigh 150 pounds (68 kilograms), that's somewhere between 6.8 and 20 micrograms per day, or 48 to 140 micrograms per week, as a safe amount.

For most types of fish, you're going to end up well below that limit as long as you don't eat it every day. Smaller fish typically contain very little mercury -- canned tuna contains about 4.8 micrograms per ounce, scallops have about 1.4 micrograms per ounce and flounder has only about 1.1 microgram per ounce [source: EUROCBC]. You could eat 4 ounces of flounder every day of the week and have no problems at all (plus, your heart would probably thank you for the omega-3 fatty acids). That's not true of all fish, though.

While you'd be hard-pressed to find a piece of seafood that doesn't contain some amount of methylmercury, the larger fish contain the most [source: PBS]. And if we look at why we've got mercury in our fish in the first place, it becomes clear why large fish are have more of it than smaller ones. Coal-fired power plants emit mercury into the air as part of the electricity-producing process. These plants account for 40 percent of all the mercury released into our environment [source: GE]. From there, it goes something like the acid-rain dilemma.

­When it rains, all that airborne mercury falls into bodies of water, where bacteria convert it into methylmercury. Methylmercury is ideal for absorption into tiny organisms. When smaller fish eat those organisms, they ingest that methylmercury. And then the mercury moves up the food chain. The bigger the fish, the more methylmercury-containing organisms they eat, until something like a swordfish is sporting 28.4 micrograms per ounce, and a tilefish can have up to 41 micrograms per ounce [source: EUROCBC]. Just one 4-ounce serving of tilefish per week is nearing the EPA's top dose for a 150-pound person.

So we know we need to be careful about how much fish we eat. Children and pregnant women need to be particularly vigilant. The question is, are we actually bringing even more mercury into our homes in our effort to be a "greener" society?

Symptoms of too much mercury in your body include tremors, nervousness, disruption of coordination and dementia [source: Purdue]. If you experience these symptoms and you believe you've been exposed to mercury, call your doctor. There are medical ways to purge your body of the toxin.

Mercury in CFLs: Green or Ghastly? 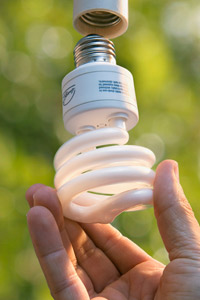 CFLs are safe as long as you try not to break them.
Ed Honowitz/ Image Bank/Getty Images

Mercury in CFLs, unlike mercury in fish, is there on purpose. It helps fluorescent bulbs to produce light, and plays a role in the efficiency that mak­es it so good for the environment. It uses less energy, which means coal-fired power plants can produce less power and therefore emit less mercury into the air and into our fish supply. Ironically, though, the bulbs are themselves a source of the poison. But how much exposure are we talking about here?

On average, a compact fluorescent bulb has somewhere between 2.3 milligrams and 5 milligrams of mercury inside. That probably sounds like a lot, considering it's about 500 times the maximum ingestion amount recommended by the U.S. Environmental Protection Agency (EPA). But here's the thing: By running a CFL, you're not ingesting any mercury at all. The only time you even have a chance of inhaling the mercury vapor in a CFL is if it breaks, and even then, your risk is very limited. If you clean it up thoroughly and quickly (with a broom, not a vacuum, since vacuums can expel it into the air), seal all the debris in a plastic bag, and dispose of it at an approved site (see sidebar), there's barely any risk at all of inhaling a damaging dose of mercury.

To put the roughly 4 mg of CFL mercury in perspective, check out these other mercury numbers [source: CDPHE]:

­With CFL mercury exposure hinging entirely on breaking the bulb and not effectively cleaning up, fish definitely pose a greater risk when it comes to mercury poisoning. We actually eat the mercury in the fish. And even then, limiting your fish consumption to a couple of times a week is a perfectly logical balance between the proven health benefits of eating fish and the small amount of mercury you might be ingesting.

For more information on mercury sources and how to avoid them, look over the links on the next page.

Whether the bulb is broken or has simply burnt out, it's best not to put it in your regular trash can. Garbage workers can end up exposed to it in large amounts, or the mercury can leak into the ground in a traditional landfill. Some cities have special toxic-waste disposal facilities where you can bring your used or broken CFLs. Some stores that sell CFLs will even recycle them for you. 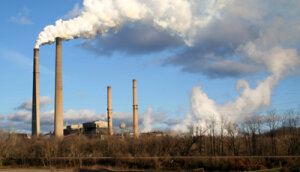 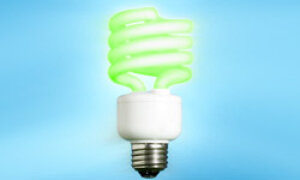