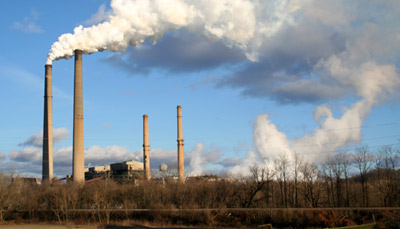 Coal is the dirtiest of all fossil fuels. When burned, it produces emissions that contribute to global warming, create acid rain and pollute water. With all of the hoopla surrounding nuclear energy, hydropower and biofuels, you might be forgiven for thinking that grimy coal is finally on its way out.

But coal is no sooty remnant of the Industrial Revolution -- it generates half of the electricity in the United States and will likely continue to do so as long as it's cheap and plentiful [source: Energy Information Administration]. Clean coal technology seeks to reduce harsh environmental effects by using multiple technologies to clean coal and contain its emissions.

Coal is a fossil fuel composed primarily of carbons and hydrocarbons. Its ingredients help make plastics, tar and fertilizers. A coal derivative, a solidified carbon called coke, melts iron ore and reduces it to create steel. But most coal -- 92 percent of the U.S. supply -- goes into power production [source: Energy Information Administration]. Electric companies and businesses with power plants burn coal to make the steam that turns turbines and generates electricity.

When coal burns, it releases carbon dioxide and other emissions in flue gas, the billowing clouds you see pouring out of smoke stacks. Some clean coal technologies purify the coal before it burns. One type of coal preparation, coal washing, removes unwanted minerals by mixing crushed coal with a liquid and allowing the impurities to separate and settle.

Other systems control the coal burn to minimize emissions of sulfur dioxide, nitrogen oxides and particulates. Wet scrubbers, or flue gas desulfurization systems, remove sulfur dioxide, a major cause of acid rain, by spraying flue gas with limestone and water. The mixture reacts with the sulfur dioxide to form synthetic gypsum, a component of drywall.

Low-NOx (nitrogen oxide) burners reduce the creation of nitrogen oxides, a cause of ground-level ozone, by restricting oxygen and manipulating the combustion process. Electrostatic precipitators remove particulates that aggravate asthma and cause respiratory ailments by charging particles with an electrical field and then capturing them on collection plates.

­­Gasification avoids burning coal altogether. With integrated gasification combined cycle (IGCC) systems, steam and hot pressurized air or oxygen combine with coal in a reaction that forces carbon molecules apart. The resulting syngas, a mixture of carbon monoxide and hydrogen, is then cleaned and burned in a gas turbine to make electricity. The heat energy from the gas turbine also powers a steam turbine. Since IGCC power plants create two forms of energy, they have the potential to reach a fuel efficiency of 50 percent [source: ­U.S. Department of Energy]. ­

Next, we'll learn about the most ambitious of all clean coal technologies and what needs to happen before clean coal can become commercially feasible.