by Mark Mancini Sep 15, 2019
NASA's Operation IceBridge monitors Earth's changing glaciers and ice sheets, like Alaska's Sheridan Glacier, seen here from an August, 2018 flight. Sheridan Glacier has a rapidly disintegrating floating tongue (the portion of glacier that extends beyond the shoreline and floats on the water). UAF/Martin Truffer

On Aug. 18, 2019, Iceland held a funeral for the first glacier lost to climate change. The deceased party was Okjökull, a historic body of ice that covered 14.6 square miles (38 square kilometers) in the Icelandic Highlands at the turn of the 20th century. But its glory days are long gone. In 2014, having dwindled to less than 1/15 its former size, Okjökull lost its status as an official glacier.

A plaque was later commissioned to honor the vanishing landmark. At the somber installation ceremony, around 100 people gathered to pay their respects, including hikers, scientists and Iceland's Prime Minister, Katrín Jakobsdóttir. Speaking to the press, Jakobsdóttir warned that if current trends continue, her country stands to lose even more of its iconic glaciers in the near future.

The evidence is overwhelming: Greenhouse gas emissions (and other human activities) are radically transforming the planet on which we live. As a result, California's wildfire season is getting longer; thawing permafrost has destabilized Russian infrastructure; and yes, most of the world's glaciers are swiftly retreating.

With public concern on the rise, two relevant terms have entered the lexicon: "Climate change" and "global warming." These are often treated like synonyms, but they have different meanings.

Before proceeding further, there's another bit of terminology that we probably should clear up. The difference between climate and weather. Weather is the short-term state of the atmosphere in a specific corner of the world. Humidity, temperature, wind speed, atmospheric pressure and visibility are all factors that help dictate the weather at a particular moment in time.

In other words, weather doesn't last very long. It unfolds over the course of days, hours or even minutes. Therefore, it's liable to change quickly — which is why so many of us yearn for constant updates. Whenever you ask if your hometown is "supposed to get any rain" on a given day, you're inquiring about the weather.

Don't confuse weather with climate. The latter is far broader in scope. Basically, climate reflects an area's long-term weather averages and trends. Those are often established by decades (at least) of meticulous observation. Given the difference in scale, it makes sense that the climate is much slower to change than the weather.

And yet changes do occur. Averaged together, all the world's regional climates form what scientists know as the "global climate." This is liable to evolve and fluctuate over time — as are its regional components.

OK, so what exactly does the term "climate change" mean? By the broadest definition, climate change includes any and all long-term fluctuations in one or more climate-related variables — such as average rainfall — within the same location.

Note that this applies to both regional climates and the global climate itself. So let's say northern Europe saw a dramatic spike in rainstorms and the trend continued for decades on end. That hypothetical scenario would count as an example of regional climate change, no matter what happened elsewhere in the world.

On the other hand, global warming is — well, global. More to the point, the term refers to an increase in a planet's average surface temperature. And here on Earth, that's definitely been climbing.

The National Oceanic and Atmospheric Administration (NOAA) reports that between the years 1880 and 2016, our home planet's average surface temperatures increased to the tune of 1.71 degrees Fahrenheit (0.95 degrees Celsius).

Mind you, this is nothing to sneeze at. A planet-wide temperature shift of only a few degrees can have enormous ramifications. Fifteen thousand years ago, in a geologically-recent ice age, our world was only about 9 degrees Fahrenheit cooler (5 degrees Celsius) than it is today. And yet, that temperature was enough to keep almost a third of the planet's surface blanketed in ice.

Strange as it may sound, the recent warming caused by our greenhouse gas emissions may be provoking an increase in both flooding and droughts. While certain areas across the globe now receive enhanced precipitation, soils in some dryer parts of the world stand to lose a great deal of moisture.

To learn more, we reached out to Dr. Nathan Steiger. An atmospheric scientist at Columbia University, Steiger studies the effects that variations in climate have had — and still have — on human civilizations.

"Historically, societies were impacted most by the same kinds of disruptive climate events that occur today: prolonged and extreme heat and cold, droughts and floods," he says via email. "Often these climate changes in the past simply happened to people due to no fault of their own ... But sometimes these disruptive climate extremes were made worse by human mismanagement of their environments."

He points to agriculture-driven soil erosion as an example of the latter. "Areas that lose thick, rich soils are more susceptible to drying out during droughts, thus making the droughts even worse than they would have been."

In 2019, Steiger co-authored a comprehensive study which appeared in the journal, Nature. Using ice cores, coral samples, historical records and other lines of evidence, his team reviewed the history of climate shifts — large and small — over the past two millennia.

During that swath of time, there were a number of aberrant periods, including the unusually hot "Medieval Climate Anomaly" which lasted from 800 to 1200 CE.

Most of these events were regional in nature. Yet, Steiger and his colleagues found that for 98 percent of the planet, the single hottest period during the last 2,000 years was the late 20th century, when global temperatures were absolutely soaring.

So let's do a quick recap. Over 20 centuries of human history, our forebears never had to withstand any climate-related phenomenon that was as universally impactful — or frankly, alarming — as modern-day climate change.

NOW THAT'S INTERESTING
When the Okjökull glacier withered away, it exposed a long-buried shield volcano.

The Wild History of the Texas Longhorn

Corduroy: The Vintage Fabric That Always Makes a Comeback 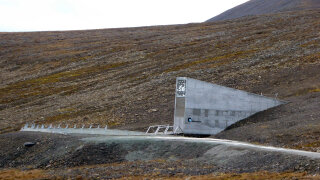 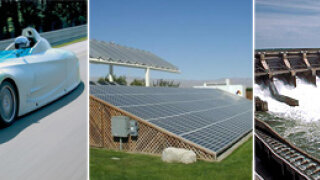 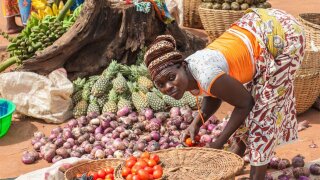 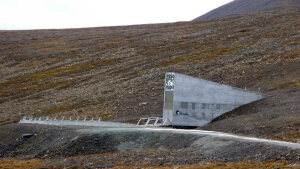 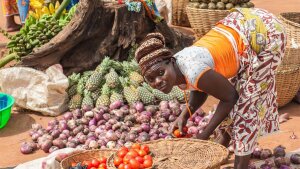