by Mark Mancini Dec 18, 2017
Lonnie Thompson, distinguished university professor in the School of Earth Sciences at The Ohio State University, cuts an ice core retrieved from the Guliya Ice Cap in the Kunlun Mountains in Tibet in 2015. Giuliano Bertagna/Byrd Polar and Climate Research Center

The history of life is chronicled in our fossil record. Scientists use skeletons, trackways and other tangible calling cards to learn new things about prehistoric organisms. But how do they study prehistoric climates? Unlike dinosaurs or mastodons, the climate has no bones to leave behind, no footprints to track. Telltale indicators of past weather conditions can still be found, though — if you know where to look for them.

One important line of evidence lies inside the world's glacial ice. Glaciers form where snow is steadily accumulating, but not melting. Slowly, the weight of new layers deforms the snow crystals below them. The compression fuses old, buried snowflakes together until they become a dense, rock-hard sheet of ice. Eventually, that becomes a glacier, which is a towering pile of these sheets. The oldest of those sit at the bottom.

Scientists like to describe glacial ice as a kind of annual record book. While a new layer forms, tiny bubbles of air get trapped inside. By analyzing that trapped air, they can determine how much greenhouse gas was in the atmosphere back when a given ice chunk first solidified. Hardening glacial ice can also trap volcanic ash, which lets us know when an ancient eruption must've taken place. Other things extrapolated from the ice include the strength of prehistoric winds and the global temperatures of bygone ages.

The precious information is harvested via drilling. With the help of mechanical or thermal drills, a research team can extract a tall, vertical cross-section from a glacier. Glaciologists call these frozen columns "ice cores." The shortest are usually around 328 feet (100 meters) long, but cores stretching more than 2 miles (3.2 kilometers) from end to end have also been collected. During the extraction process, a core is broken up into smaller pieces, which are then placed into metal cylinders and stored in chilled laboratories.

A convenient feature of glaciers — at least for researchers — is the fact that they're made up of annual layers. By counting these, scientists can get a good idea of how old an ice core segment is. (Another applicable technique is radiometric dating.)

Also helpful is the global distribution of glaciers; there's at least one glacier on every continent but Australia. Despite this, most of the ice cores recovered so far were drilled in either Greenland or Antarctica. That's not to say scientists are ignoring glaciers in other places, though. In mid-December, scientists announced they had an ice core of huge historical importance that was removed from the Tibetan Plateau.

The news comes out of The Ohio State University, which gave an update on the results of a joint expedition by scientists from the school's Byrd Polar and Climate Research Center (BPCRC) and the Chinese Institute of Tibetan Plateau Research. Their venture began in September and October 2015, when the international party made its way to the Guliya Ice Cap in Tibet's western Kunlun Mountains. Accompanying them was 6 tons (5.4 metric tons) of equipment that was flown over from the U.S.

Their objective? Drill new ice cores to enhance our knowledge of west Tibet's glacial history. By investigating the past, we may be able to make predictions about the area's uncertain future.

More than 1.4 billion people get their fresh water from the 46,000 glaciers that stand on the Tibetan Plateau, a region nicknamed "the third pole." Climate change has put the area's long-term stability in question. According to a 2012 report published in the journal Nature, most of the glaciers in Tibet have shrunk over the past 30 years. And melting ice from Tibet's highlands has been cited as a large contributor to the rise of global sea levels.

Altogether, the international team pulled five ice cores out of Guliya. The longest among them is a record-holder. At more than 1,000 feet (304.8 meters), it's nearly twice as long as the Washington Monument is high. More significant is its age; the lowest layers were formed around 600,000 years ago. That's the oldest date ever represented in an ice core that was found outside of Earth's two polar circles.

From a certain point of view, though, it's still just a baby. Some 2.7 million year-old glacial ice was taken from an Antarctic core in 2015. Still, that doesn't diminish the importance of these new Tibetan cores. It isn't every day that humanity finds 600 millenniums' worth of preserved climate history.

Plus, any addition to the global ice core supply will only benefit future research. By consulting the cores found in different parts of the world, scientists can figure out if historic weather trends were universal or just regional. In the early 2010s, for example, scientists compared specimens from Tibet and Europe. The data showed that while the latter continent saw a temporary warm period in medieval times, central Asia most likely didn't.

Chinese and American scientists will be putting these newfound cores through an intensive chemical analysis over the next few months.

Now That's Interesting
A common misconception about woolly mammoths is that their frozen remains have been found inside glaciers. That's false. All the corpses on record were buried in permafrost (i.e., frozen soil) when paleontologists recovered them, not glacial ice. 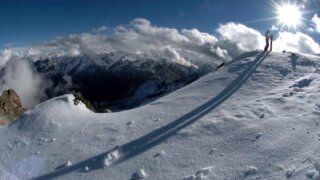 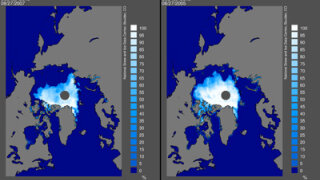 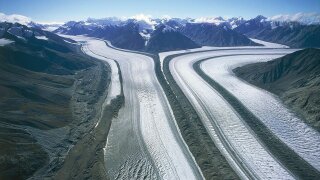