Thousands of years before aqueducts showed up in L.A. to support an exponential rate of population growth, engineers in ancient Rome were constructing a similar system to support a city of more than 1 million people. And they built the brilliant system for the same reason L.A. did: The water supply in the immediate vicinity simply was not enough to provide water for everybody.

­In the case of Rome, the Tiber River was the city's original water supply. But ancient Rome put a premium on cleanliness and abundance, and the Tiber couldn't provide enough for the entire ­population. At the height of Rome, the city supplied water not only to the private homes of the wealthy and to the homes of peasants if they could afford the charge, but also to an impressive collection of public baths, fountains (where the peasants who couldn't afford the fee could get their water) and public toilets complete with sinks.

To supply the water required by this uniquely clean ancient civilization, Rome's engineers did the equivalent of trucking water in. Only the delivery system was far more elegant. The aqueducts of ancient Rome, which carried water into the city from sources outside of town, were powered entirely by gravity.

In principle, aqueducts are simple: Start at higher ground, at an abundant water source, and send it downhill into a main water-distribution center some distance away. But in practice, aqueducts are considerably more complex, considering the varying natural gradients of the land.

­How did Rome's engineers conquer the contours of the landscape? On the next page, we'll take a look at how aqueducts were constructed thousand of years ago.

To achieve a consistent, shallow slope to move the water in a continuous flow, the Romans lay underground pipes and constructed siphons throughout the landscape. Workers dug winding channels underground and created networks of water pipes to carry water from the source lake or basin into Rome. The pipes were typically built in concrete, but were sometimes made of lead when the government provided enough cash (lead was very expensive in 300 B.C.). When the pipes had to span a valley, they built a siphon underground: a vast dip in the land that caused the water to drop so quickly it had enough momentum to make it uphill. Siphons are part of the mechanism that makes toilets flush, too (see How Toilets Work).

The problem with siphons, though, was the cost: Siphons really needed lead pipes to work effectively, since the water had to pick up speed. This led to the use of the features most of us have come to associate with Roman aqueducts: the arches. When siphons were impractical, which was often, arches were constructed to span the valley. The pipes ran along the tops of the arches.

At certain points along the route, sedimentation tanks removed impurities from the water. In other sections, access points were carved into the system so maintenance workers could access the pipes. One way the engineers facilitated maintenance was by running two pipes alongside each other and diverting water between the two so men could get inside one pipe at a time.

When ancient Rome crumbled, the aqueducts went with it. By the time the Goths invaded in 537 A.D., the water system had been seriously cut back, no longer required by a population that was shrinking every year. The Goths finished the system off, destroying all the remaining aqueducts. But during the period of the European Renaissance, Rome started to rebuild the aqueducts to supply water to all the new fountains in the city. By the 1950s, Rome had reconstructed eight aqueducts, which stand to this day [source: Antiquities].

At its height, Rome's system of aqueducts supplied each member of the populace with more than 265 gallons (1,000 liters) of water per day. That's more than many modern water systems can deliver [source: InfoRoma].

­The aqueducts in Los Angeles are nearly as impressive as those of ancient Rome (credit must be given for constructing 60 miles of aqueduct without modern drilling equipment). In Los Angeles, like in Rome, the event that precipitated the construction of the first aqueduct was rapid growth. In the early 1900s, the population exploded so quickly, that the local water supply could no longer meet demand. On the next page, we'll see how the L.A. aqueducts replicated the water-delivery system of ancient Rome.

In 1904, the inadequacy of the Los Angeles River as a water supply for the growing city's 175,000 people came to a head. For 10 straight days that summer, water consumption in Los Angeles exceeded river capacity by more than 4 million gallons (about 15,141,647 liters). Finding an alternative water source became a top priority, and with an abundance of water just outside the city, aqueducts proved to be the answer.

Specifically, the water engineers in L.A. settled on the Owens River Valley, due to several main factors. First, Owens Lake received a tremendous amount of snow runoff from the Sierra Nevada Mountains, to the point of overflowing. Second, lava from a volcanic eruption had blocked the lake's tributary, meaning it could no longer release its water into the river system. All of that water, to the people tasked with finding more water for L.A., was going to waste. And third, before that volcanic eruption, the Owens water had flowed almost directly into L.A.

So L.A. went about building a 226-mile (364-km) aqueduct to carry water from Owens Valley into the city [source: LADWP]. The methods developed in ancient Rome stood the test of time, and the L.A. engineers constructed underground pipes and siphons to deliver water by way of gravity. Some of the pipes are big enough to accommodate a car. The biggest siphon in the system, which spans Jawbone Canyon with more than 8,000 feet (2,400 meters) of steel pipe weighing more than 3,200 tons, drops water 850 feet (260 meters) to the canyon floor to create the pressure required for it to travel back up the canyon [source: LADWP].

But Los Angeles' growth continued, due in part to the tremendous amount of water available to support the city, and by the early '20s, demand once again exceeded supply. In 1923, just 10 years after the Owens Valley aqueduct was completed, Owens Valley was running dry.

Los Angeles' insatiable need for water took its toll on Owens Valley. Once the lake started to dry up, depleting the fish supply for the region, L.A. went after the groundwater. Despite widespread protest in the valley, culminating in violence in 1924, when residents used dynamite to destroy key points along the aqueduct, the city of L.A. continued to buy up land in the valley to ensure its access to the water. Agriculture in the area suffered and Owens Valley faced a long period of decline.

In 1970, around the same time that L.A. completed its second aqueduct, this one carrying water from Haiwee Reservoir just south of Owens, conservationists were starting to gain ground in the United States. A series of lawsuits resulted in several agreements between Owens Valley and Los Angeles that have helped Owens Valley to rebuild over time. Money supplied by L.A. has built fisheries, reservoirs, conservation grounds, wildlife preserves and groundwater ­management systems in the valley, which have brought it back to life, for the most part. And the aqueducts are now a source of green power, too, supporting several hydroelectric dams.

Despite the controversy that came to surround the Los Angeles aqueducts, they are nonetheless a feat of engineering as amazing as those in ancient Rome. Relying entirely on gravity, the two L.A. aqueducts today carry about 430 million gallons (1,627.7 megaliters) of water over hundreds of miles into Los Angeles every day. That should keep the city hydrated for a little while.

­For more information on aqueducts and related topics, go to the links on the next page. 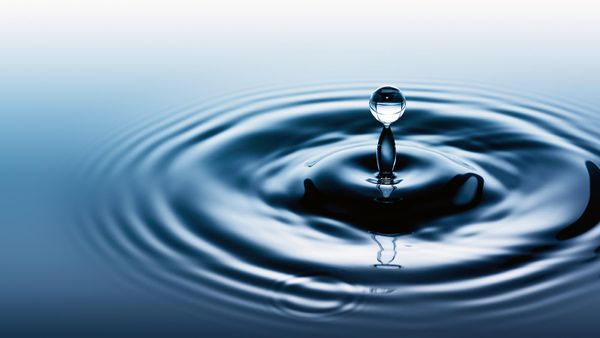 Up Next
How Water Works
Explore More 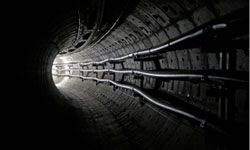