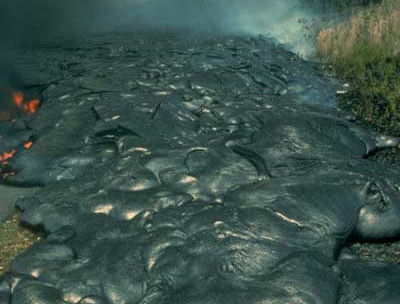 Volcanoes are some of nature's most awe-inspiring displays, with everything from exploding mountaintops to rivers of lava. Learn how all the different types of volcanoes work. See more volcano pictures.

Whenever there is a major volcanic eruption in the world, you'll­ see a slew of newspaper articles and nightly news stories covering the catastrophe, all stressing a familiar set of words -- violent, raging, awesome. When faced with a spewing volcano, people today share many of the same feelings volcano-observers have had throughout human history: We are in awe of the destructive power of nature, and we are unsettled by the thought that a peaceful mountain can suddenly become an unstoppable destructive force!

While scientists have cleared up much of the mystery surrounding volcanoes, our knowledge has not made volcanoes any less amazing. In this article, we'll take a look­ at the powerful, violent forces that create eruptions, and see how these eruptions build volcanic structures like islands.

­When people think of volcanoes, the first image that comes to mind is probably a tall, conical mountain with orange lava spewing out the top. There are certainly many volcanoes of this type. But the term volcano actually describes a much wider range of geological phenomena.

Generally speaking, a volcano is any place on a planet where some material from the inside of the planet makes its way through to the planet's surface. One way is "material spewing from the top of a mountain", but there are other forms as well. Check out the next page to fi­nd out more about magma (that "material spewing") and plate tectonics!