Has Online Shopping Changed How Much Cardboard We Use?

by Laurie L. Dove Sep 27, 2017
Has the increase in e-commerce had an impact on the cardboard industry? Arterra/UIG/Getty Images

From groceries to gadgets, the home delivery of goods is depositing cardboard boxes on doorsteps across America, and we've collectively fallen in love with the convenience of it all. But what about the consequences of all that packing material?

The number of e-commerce transactions increased by more than 15 percent in 2016, according to the U.S. Census Bureau, and the e-commerce industry has doubled in the last five years to $350 billion annually. It's a trend that predicts deliveries from online purchases will continue to rise, and at least for now, you'd think this probably means the use of more cardboard. Or does it?

The amount of cardboard shipped by U.S. companies has actually decreased since 1995, according to the Fibre Box Association (FBA), the trade group for the cardboard — or corrugated knockdown box material, if you want to get fancy — industry. FBA member businesses are responsible for 95 percent of wholesale, industrial shipments of new or recycled cardboard made in the U.S. It's important to note that imported cardboard comprises only about 3 percent of the cardboard used in the U.S.

How can cardboard production possibly decrease in the midst of an e-commerce shipping boom? Manufacturers, including e-commerce retailers, are reducing packaging in an effort to reduce costs. Some forego cardboard for shrink-wrap, like bottle water bound by plastic film instead of cardboard. When cardboard is used, fewer shippers are using the "Russian doll" method of product transit, in which a series of smaller boxes are inside a large box. And, because more items are being shipped directly to consumers, fewer items are being boxed and shipped to retail stores inside of larger boxes, which may help explain the FBA's stance that cardboard consumption is down — or at least, holding steady — as e-commerce is up.

The steady and potentially increasing use of cardboard is a boon for the cardboard manufacturing industry, but leaves many of us grappling with the long-term effects of an increasingly e-commerce-driven economy.

FBA president Dennis Colley told The New York Times in 2016 that the use of e-commerce boxes was growing faster than most other market segments in the paper industry. This translates into more than 35 million tons (31.8 million metric tons) of containerboard produced in the U.S. each year, and while some boxes are reused by the recipients, others are destined for the waste bin.

But wait — don't the majority of boxes get recycled? Yes, but of the cardboard that is discarded each year, 10 percent ends up discarded in the trash, and experts predict that number may continue to grow because cardboard recycling has hit a plateau.

Can't We Recycle It All?

For nearly three decades, the percentage of boxes that Americans recycle has increased. For example, in 1993, about 55 percent of cardboard in the U.S. made its way into the recycling bin. By 2011, that number had risen to 91 percent, but by 2013, only 89 percent of cardboard was recycled, a rate that held steady in 2014 — and, as the Pew Research Center reports, continues to remain flat. This means more than 10 percent of consumer cardboard is thrown away each year in the U.S., to the tune of about 350,000 tons (317,500 metric tons) of boxes in landfills.

A worker at a British Amazon fulfillment center opens one of thousands of cardboard storage boxes which hold goods to be shipped all over the world.
Ben Birchall/PA Images/Getty Images

Making cardboard products with recycled materials uses less energy and creates fewer greenhouse-gas emissions. According to the EPA, in 2014, the most recent year for which data is available, 89 million tons (80.7 million metric tons) of materials from cardboard to plastics were recycled or composted. Doing so reduced greenhouse-gas emissions in a move equivalent to eliminating the annual emissions of 38 million passenger cars.

Unfortunately, cardboard can't be recycled indefinitely. Every time it's remade, the fibers get shorter. After five to seven recycling loops, the fibers become too short to bond together into cardboard. By adding new pulp during the recycling process, any remaining usable fibers can still be incorporated into a new product — paper, for instance. In this way, a portion of every cardboard box lives on.

Even so, some experts say recycling alone won't be enough to keep considerable amounts of cardboard out of the waste stream, and ultimately, U.S. landfills. And, with an economy increasingly fueled by the immediacy of home delivery, we may have some difficult decisions to make about consumerism. Then again, a 2012 study compared the environmental impact of individual consumers who make eco-friendly choices with those of consumers who don't, and found no meaningful difference between the two.

How to Avoid a 'Hurricane Car' 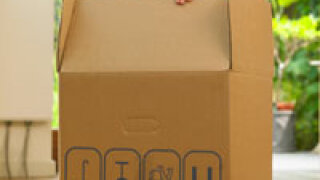 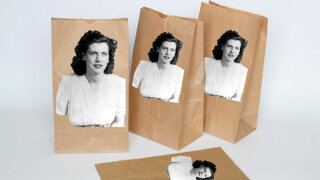 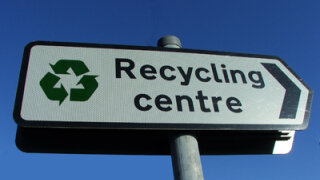